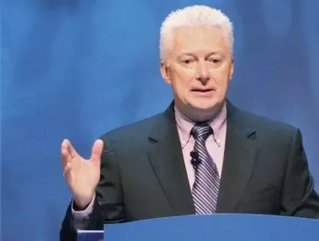 Procter & Gamble (P&G), household product giant has reinstated former CEO, A.G. Lafley in hopes he can help the Company once again. He served as CEO from 2000-2009.

Lafley, a 33 year old veteran in the industry, is returning to his post in an attempt to help P&G grow among major global competition. He is replacing current CEO Bob McDonald, who will retire June 30 after a short transition period. McDonald has served as CEO of P&G since 2009. Lafley is also taking on the President and Chairman titles.

Traders appeared to be in approval of the move. P&G shares rose 3.6 percent 90 minutes ahead of the market opening.

Despite the fact that the 175-year old company’s products are in 98 percent of households in the U.S., the company is struggling to grow. Among the most common products found in U.S. homes are Tide detergent and Crest toothpaste.

Lafley’s focus on the “consumer is boss” helped emphasis innovation during his first reign as CEO as he spent more time in personal observation and interviews with consumers. In 2005 he organized a $57 billion acquisition of the Gillette Co. to expand P&G’s reach into male-oriented products.

‘‘A.G.’s track record and his depth of experience at P&G make him uniquely qualified to lead the company forward at this important time,’’ said board director Jim McNerney.

Known for its premium products, fans of P&G perceive the brand as having a better quality than its competitors. The brand has been slow to develop in the North American and European markets. On the contrary, P&G has expanded into rapidly growing markets like Latin America, India and Russia.

To grow, P&G has enacted cost cutting measures and launching new products. The Company is aiming to save $10 billion by 2016. Among the new products are Tide Pods single-use laundry pellets, Downy Unstopables, and Clinical Strength deodorant.

‘‘Frankly, duty called,’’ Langley said in an interview with The Associated Press. ‘‘I'm back, I'm full on.”