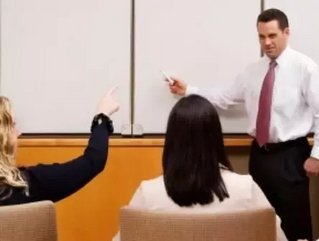 In Part 1 of this article, the challenges of making changes to a firm’s business model were discussed, emphasizing the fact that in almost all instances, changes that take a firm into unchartered waters pose substantial difficulty.  The research done on this topic identified fourteen key dimensions of changes to business models.  While there were differences among them, a basic finding was that all posed a substantial degree of difficulty in implementation, with every one of the fourteen scored above the midpoint on a scale that ranged from “Not Very Demanding” to “Extremely Demanding”.  Looking at the rankings is best done while listening to The Ballad of John and Yoko:  “You know it ain’t easy.  You know how hard it can be.”  Any change to a firm’s business model is going to be taxing – and, as will later be discussed, has a great potential for going badly.

The changes that were ranked as most demanding were ones associated with newly targeted markets.  Ranked most difficult was “Shifts from a domestic business to a global business”, followed closely by “Shifts between a business market and a consumer market”.  Requirements for such business model changes are included in the growth plans of most businesses today, especially those associated with new global market opportunities.  It’s rare to find a firm not looking at opportunities in emerging markets like China, India, or Brazil.  They should be forewarned that, according to this research, such plans involve the most demanding of all possible changes to the business model.  One executive commented on an element of his firm’s globalization plan by saying “It took us five years to learn what we didn’t know that we didn’t know.”  Another reflected that “The list of things we did wrong out of habit is far longer than the list of things that transferred correctly.”

Not too far behind in assessed degree of difficulty were “Shifts in the focus between small customers and large customers”, “Shifts between a product business and a service business”, and “Shifts from a bricks-and-mortar business to an ‘e’ business”.  What comes across from this survey and the comments of the executives who participated is that each of these changes requires competencies that might be in scarce supply within the firm.  Several observations illustrate the demands associated with business model changes.  A senior executive in a major distributor that had implemented a new ‘e’ business platform provided this retrospective:  “I gained a whole new appreciation for our sales force in this process.  It took us months just to catalog our product line – no one actually knew what all we sold.  And that was just a start.  I couldn’t imagine how much information we had to assemble to offer a credible ‘e’ business platform to our customers.  Take my worst imagination on how demanding this change would be, multiply it up a couple of dozen times, and you’re still short of the mark.”

One instrument manufacturer implemented a change that required a production to order business model, whereas their firm has previously only produced to stock.  An executive in this firm commented that “I had no idea we could have been doing so many things wrong, at least for our new custom offerings.  We had pride in having optimized our operations, and I guess we had done so for our traditional stock products, but we had to go back to square zero and rethink how we did everything from order taking to quality control.”

A firm in the telecommunications industry had a strong track record of managing the short life cycles of its products.  When it did an acquisition of a firm in an adjacent space that managed products with long life cycles, it learned, according to a senior executive, that “Even our compensation systems were wrong, as we had bonuses tied to sales of new products.  That was one of the easier changes to recognize and address.  Some of the others, to be honest, we’re still working two years after the acquisition to understand and resolve.”

Changes to a firm’s business model are thus frequent, typically motivated by sound strategic thinking, and in essentially all cases, a challenge to implement.  That reality underscores the importance of the following finding from our research:  “Internal resistance to change” was cited as the factor most frequently associated with situations in which changes to the business model failed to produce the hoped-for results.  This source of challenge reflects Pogo’s famous saying that “We have met the enemy and he is us”.

“Leadership Buy-in and Involvement” was at the top of the list of the frequent recommendations to overcome internal resistance.  There was no lack of clarity about the importance given to this by the executives who contributed insights on this topic.  The message was that approval wasn’t adequate, that what was needed was meaningful involvement.  Some of the observations of executives on this factor included: “C-Level commitment is critical.  Senior executives have to understand the plan, be able to explain it, and even pass the test of being able to sell it to employees and customers.”  “Problem solving has to come from the most senior levels of the corporation.  That’s the only place where roadblocks can be overcome, where options can be approved.”  “When internal resistance occurs, it will become the undoing of a project unless the corporate executives take prompt action, perhaps getting rid of those who can’t agree with the new directions.”

“Communication”, the second most frequently cited priority, goes hand in hand with leadership involvement.  As one of the quotes above suggested, communications is one of the responsibilities that executives must assume.   But the recommendations go far beyond that.  One of the points frequently made involved selling the changes to external audiences – not just customers, but also distributors, suppliers, and others.  This requires the ability to translate the changes from the firm’s own perspective to those relevant to the external audiences.  “Make sure your customer agrees to what you are doing, or you will never be successful” was the advice provided by one executive.

George F. Brown, Jr. is the CEO and cofounder of Blue Canyon Partners, Inc., a strategy consulting firm working with leading business suppliers on growth strategy.  Along with Atlee Valentine Pope, he is also the author of CoDestiny: Overcome Your Growth Challenges by Helping Your Customers Overcome Theirs, published by Greenleaf Book Group Press of Austin, TX.  See www.CoDestinyBook.com for more details.