General Mills Knocks Amazon Out of &#039;Most Reputable Company&#039; Spot 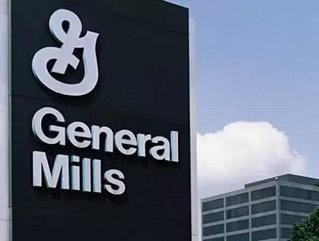 Reputation Institute has rounded up the 2012 edition of its annual US RepTrak Pulse—a study that examines the country’s 150 largest public companies and measures their performance in key areas of corporate reputation. RepTrak aims to illuminate the ways the public’s perception of big business can influence marketplace behavior, but it is also meant to serve as a benchmark for corporate reputation management.

Last year, the web ruled the RepTrak results. Amazon snagged the top spot in the US and Google was crowned the global leader. But in 2012, the food and beverage and consumer product industries have carved out a more dominant presence. General Mills came out on top, ranking number one in the overall study and scoring strongest in what Reputation Institute considers key drivers of reputation: products and services, governance, leadership and citizenship.

“We value our corporate reputation tremendously and work hard every day to foster and honor the trust of our stakeholders,” said General Mills Chairman and CEO Ken Powell.  “For us, building this trust includes delivering nutrition and value to consumers through innovation, strong community engagement, a commitment to protecting the environment, as well as developing strong leaders to grow our business around the world. We believe consumers reward companies that operate with integrity and stay focused on doing what is right over the long-term.”

The rest of the US RepTrak Top Ten was rounded out by other grocery store favorites. Kraft came in at number two, Johnson & Johnson was number three, Kelloggs was number four and Coca Cola edged out Pepsi (number nine) with the number seven spot. Amazon slipped to number five, followed closely by fellow tech giant Apple at number eight. Notably, Procter & Gamble jumped from number 21 last year to number ten in 2012.

•       Consumer products remains the highest ranked industry (72.24), while Tobacco is still the weakest industry (44.6)
•       The top three drivers of corporate reputation with the U.S. general public remain Products & Services (17.5%), Governance (15.6%), and Citizenship (14.2%). These drivers have stayed consistent for the last 5 years.
•       The top individual companies by reputation dimension include Amazon.com, Apple, and General Mills. Amazon.com wins in both Products & Services and Governance (for the 2nd year in a row). Apple places first in Innovation (now three years running), Leadership, Performance, and Workplace, while overall #1 General Mills places first in Citizenship and placed in the top 10 across all 7 dimensions.
•       While nine in ten companies (91%) saw their scores stay the same or drop, a handful of companies did show significant improvements in their Pulse scores. These companies were largely viewed by the public as turning in strong financial performances while doubling down on successful citizenship efforts. The biggest movers included AIG (+16), General Mills (+6), ExxonMobil (+7) and Abbott Labs (+6).
•       The biggest drops in reputation in 2012 include Time Warner (-10 points), Bank of America (-10 points), and AMR (-9 points), Altria (-9 points), and UAL (-9 points).

After crunching the numbers and looking over the results, Reputation Institute offers some advice to the business world.

“The best corporate reputations of the next decade will not be built by accident or through products alone,” says Anthony Johndrow, Managing Partner of Reputation Institute. “Companies who both have and are able to tell a differentiated, enterprise-wide story that translates into employee ambassadorship and earns marketplace support from external audiences are the emerging leaders of the Reputation Economy.”