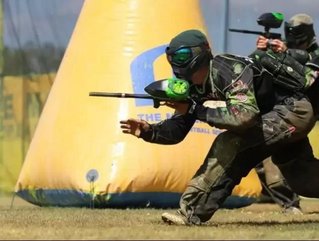 When a group of partners decided to create a Canadian paintball manufacturing company, they showed up at the Paintball Sports Promotions (PSP) World Cup in an attempt to introduce their brand.

Then they were laughed at, even by the people they knew in the industry.

Years later, they’ve bought out all the naysayers and created a paintball manufacturing conglomerate called G.I. Sportz, Among the world’s leading manufacturers of the paintball industry, the company brings in about $140 million of sales annually.

From David to Goliath

Originally started in 2010 by a group of paintball enthusiasts led by current majority owner Richmond Italia, G.I. Sportz has since teamed up with a variety of paintball product distributors from across the globe, catapulting itself to the top of the industry.

After its first 18 months operating in a small location outside of Montreal, the group purchased one of Italia’s former businesses, Procaps. The Procaps plant was built in 1999 by Italia with the goal of manufacturing paintballs in the most efficient way possible.

The repurchasing of Procaps propelled G.I. Sportz into the global market, giving it the resources, machine capacity and formulation to take over even more market share. With the purchase, G.I. Sportz  boost itself to second from the top as a global manufacturer and distributor of products within the paintball industry.

G.I. Sportz finalized the purchase of Tippmann at the end of 2012, and the integration of the two companies boosted G.I. Sportz sales from $38 million to nearly $70 million by the end of 2013.

The tiny “David” company that got laughed at its brand launch has become a manufacturing “Goliath.” Even so, those at the top of the rising company won’t forget where it all began. Read more in the December issue of Business Review USA & Canada!