GigSky: Doing business ahead of the curve 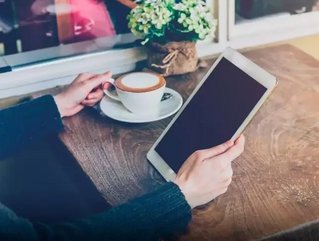 A veteran of cutting-edge tech startups and software giants, Ravi Rishy-Maharaj can look back across a career spanning more than 30 years spent pushing the outer reaches of innovation. “I've always had a drive for doing something new or interesting anyhow, but what I'm interested in all of the time it seems is solving a problem.” From electric vehicle batteries in 1984 to video conference calling in 1990, from Apple to his own startup Kinaare Networks, he has remained firmly ahead of the curve. This month, we talked to Rishy-Maharaj about his journey, the challenges of doing business 10 years ahead of the market, and how he arrived at his latest project: GigSky.

Launched in 2010, GigSky provides users with international data services using eSIM technology. Today, GigSky is “on probably 100mn iPhones out there by now,” says Rishy-Maharaj, as well as “Google, which is supporting dual SIM Android coming up this year. All of the mobile platforms that matter, GigSky is integrated into them.” With his Palo Alto-headquartered venture at the forefront of the eSIM market, as well as delving into the applications of IoT and blockchain, we asked Rishy-Maharaj about a life led on the digital frontier. “My career, I think, most of the time has just been enjoying moving from one area of technology to another. I enjoy physics, I enjoy chemistry, I enjoy electronics and software programming and then system design and systems architecture and computing, et cetera. It's just moving on from one interest to the other and enjoying the ride.”

In 1984, Rishy-Maharaj started working at PowerPlex, a four-person startup funded by Brown, Boveri & Cie and Magna International. “It was the first greenwave of electric vehicles. And we were working on bringing sodium sulfur batteries to market.” Laughing, he admits the market may not have been ready to embrace the technology in 1984. “The battery, it had a couple of hundred sodium sulfur cells in it. And the thing about sodium sulphur is that it has to operate at 300 degrees celcius for the charge to be created. It was actually quite safe but, well,” he laughs again, “it looked like a coffin.”

Rishy-Maharaj explains that in 1984, “It turned out that the market wasn't ready for sodium sulfur batteries. The electric vehicle then was a little ahead of its time, if you know what I mean.” Of course, half a decade later, in the early 1990’s, concern over air quality conditions lead to the beginning of green vehicle adoption, although sales of electric vehicles in the United States didn’t exceed 500,000 until midway through 2016. In 2018, the global electric vehicle market reached over US$118bn and in 2022, Bloomberg predicts that EV pricing will reach parity with gasoline-powered transportation.

Following two-and-a-half years at PowerPlex, Rishy-Maharaj moved to Compressed Natural Gas Fuel Systems (CNG), where he worked on designing a computer system to augment gasoline fuel delivery systems in cars. “In one instance you're running on gasoline, then you flick a switch, and now you're running on compressed natural gas,” he says. “But when you did that, you actually switched over to a completely different engine control system. I was the guy designing that system.”

Rishy-Maharaj stayed with CNG for two years before shifting industries entirely.  He ended up at Nortel Networks in '88 as a switching engineer working on Customer Local Area Signaling System (CLASS), the precursor to caller ID, signalling and voicemail. “My career had been up to that point highly technical,” he explains. At Nortel Networks, Rishy-Maharaj seized the opportunity to combine his engineering expertise with a desire to explore more business-centric opportunities. “Nortel put together an exploratory marketing group in 1990,” he says. “At that time, we used to use dial up modems to connect to the internet, or to connect to the cloud, whatever the cloud was at that point in time. We said, ‘hey look, there's this thing that's happening. People want to communicate, they want to communicate better, et cetera.’ So in 1990 we came up with a multimedia communications concept.” Rishy-Maharaj excitedly lists the functions: “It was voice and video and file transfer and point-to-point screen share. In 1990! The video screen was only one inch and in black and white. It was just amazing. We launched the product, called Vivid, that ran on a video compressing card that had to go into Mac UCI because the only computer that you could do this on was an Apple computer. Windows 95 wasn’t out yet. Obviously,” he laughs.

“We kinda got in cahoots with Apple in 1990,” he adds. “In fact, I was working so closely with Apple out of Nortel in Canada, Apple offered me an opportunity to come down to California and work for the company in 1995 as the first telephony product manager they ever had.” Rishy-Maharaj moved to Cupertino, California that year from Toronto. Even though the company experienced challenges during the mid-nineties, he looks back on his tenure as an interesting and exciting time. “Apple was going through some very tough times in '95. Jobs was not back yet. People were leaving. I ended up running the whole networking and communications product management team for a while.” He chuckles and groans in quick succession. “It was just one thing after the other.”

After leaving Apple a little over a year later, Rishy-Maharaj moved on to stints at Sun Micro and OpenTV, working on microelectronics implementation and interactive entertainment software until, in January 2000 he founded his own company, Kinaare Networks. After his experience with Universal Plug and Play (UPnP) at Open TV, Rishy-Maharaj wanted to explore new developments in microelectronics and the cloud. He reflects on that time in California with his family: “We were still isolated on the West Coast, 2,500 miles away from our closest relatives. I was also pursuing this idea that you could plug a device into the internet and it would connect to a cloud service and it would express its capabilities. That became a service discovery feature called : Kinaare Plug and Play (KP&P).” His family’s separation from their relatives in Toronto also became part of the inspiration for Kinaare’s first product. Combining the desire to connect over large distances with his new UPnP technology, the company’s first product became an intelligent picture frame. “You'd plug it in, it would connect to the internet, it would discover a server that it would connect to, and then people would subscribe to that service,” he explains. “I thought of my family initially. The idea was that people would publish, their pictures that could be dispersed all over the world and cycled through these digital picture frames that would be on your desk. People could share their photos with each other.” Among other products, Kinaare’s digital picture frame was an early entrant into the Internet of Things (IoT) - a concept first linked to an internet-enabled Coke machine at Carnegie Mellon in 1982 and officially named in 1999. “IoT, cloud services, services discovery, social by sharing photos with each other. That was the idea behind the company,” Rishy-Maharaj says.

“But guess what? 2000, the whole market collapsed.” The dot-com crash caused over $5trn in damage to global markets between March 2000 and October 2002. Rishy Maharaj sighs. “The market timing was just deplorable. I put a lot of my money into that company. I wiped out all my resources. In fact, I had to declare bankruptcy at one point in time.”

Although the market context proved infertile, the technology at the core of Kinaare has since become part of the digital landscape. Once again finding himself at the outer limits of business-technology innovation, Rishy-Maharaj took the collapse of his company as a lesson to be applied to the future. “Market timing is a huge part of being an entrepreneur,” he explains. “It didn't matter if I had a lot of money; I was too far ahead of the market.” This realization remained with him, and was central to the inception of GigSky in 2008.

“When I started GigSky, I wanted to solve an immediate problem so that, once the product came to market, people would see it as a solution to a problem they had and buy it,” he explains. Unfortunately, old habits die hard. Rishy-Maharaj came up with the idea for GigSky in 2008 while working for a friend’s startup that required him to travel far and often. You’d go to a company and it would be like extracting teeth to find a connection within their network. There was no wifi. So some guy would come running with a big, long ethernet cable plugged into some connection point 100 meters down the hall - it was just really painful.” The frustrations of internet connection in a world without ubiquitous wifi prompted him to jury rig his own solution from a portable wifi box and a wifi dongle from a local carrier. “Local carriers were selling plastic SIMs at that point in time. The plastic sim would come with local data service. Not a lot, but I could still buy 250 megabytes of local conductivity for maybe $20, versus buying roaming service from AT&T for $2,000.”

Even though GigSky passed on building its own personal wifi hotspot, the idea of switching between local carriers for cheap data became the core of the business. By sticking with a data-only service, GigSky kept costs low. “I really didn't need to pay the telco some big fee for roaming for voice. Even though so many times people said to me, ‘you should deliver a voice service,’ I said, ‘No. It's just about data. Data will grow. Let’s focus on doing that and doing it right.’ It was the right thing to do.”

The first GigSky service launched in early 2013, “And here we are,” says Rishy-Maharaj. “We didn't have to build hardware, the programmable SIM became eSIM, and the App ended up being integrated directly into iOS and Windows.” GigSky’s collaboration with Apple began in 2014. “Someone at Apple sent a message to our info email account saying ‘We'd love to meet with one of your directors. We'd like to talk to you about your business.’” He laughs, “we were wondering if it was junk mail or somebody pulling a fast one. But lo and behold it was Apple, and here we are on probably 100mn iPhones.”

GigSky continues to grow each year, helping its growing user base stay connected, wherever they might be, for a fair price. Rishy-Maharaj admits there are challenges to finding competitive pricing across over 190 countries. “We try to ensure that, if you buy our five gigabyte plan, you're basically spending $10 per gigabyte. Prices will get better as we go along.”

He explains that “the idea behind the eSIM is the ultimate in convenience. It's to provide the ultimate choice in terms of connectivity. This year GigSky is going to be integrated into dual eSIM android devices going forward.” Airlines are also using GigSky to collect data for post-flight analysis, and Rishy-Maharaj also hints at upcoming applications involving blockchain. It’s no surprise that, in the year the eSIM is predicted to become mainstream, Rishy-Maharaj is turning his eSIM company to explore new technological frontiers. “How else can the e-sim be leveraged with other non-obvious technologies to deliver an even better user experience? That's what we're after at GigSky.” He laughs, acknowledging his signature move as he signs off. “I wish I had another 20 years to see what this thing turns into. But the next few years at least are going to be a very exciting time.”