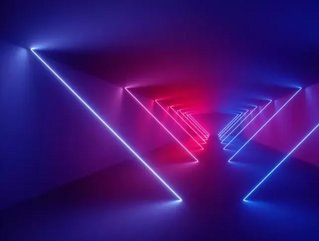 Chicago-based global management consulting firm AT Kearney has released its annual Year-Ahead Predictions report, through its strategic service subdivision, the Global Business Policy Council (GBPC). Business Chief takes a look at five of the GBPC’s predictions for 2019, a year in which “companies must prepare for significant global events that will occur and trends that will gain momentum”.

5. A new wave of innovation in anti-anxiety treatments

Over 300mn people are currently reported as suffering from clinical depression or anxiety. With nearly 5% of the global population afflicted, the GBPC estimates the ‘anxiety epidemic’ is costing the global economy US$1trn each year.

According to the report, “consumers are finding comfort in not only medications, but also a variety of products designed to alleviate their stress and anxiety such as adult coloring books, essential oils, meditation apps, weighted blankets, fidget spinners, and the non-psychoactive cannabis compound cannabidiol (CBD).”

The global need will, the report predicts, create a new wave in consumer treatments to meet elevated demand. “A vast gamut of products will be offered, ranging from affordable items such as new supplements and oils to costlier technology gadgets such as headgear and electrotherapies.”

4. Rising recognition of the global trash crisis will lead to new innovation

Global waste is expected to increase by 70% by 2050, according to the World Bank, driven particularly by the rise of e-commerce and the subsequent increase in cardboard and plastic packaging.

The GBPC report predicts that “in 2019, innovation in waste management processes will accelerate. Government initiatives such as the Clean India Mission and Beautify Malawi will continue to improve trash collection and disposal in emerging markets.”

Startups will also be at the forefront of the refuse management innovation wave. Companies like Scrapo, which facilitates cooperation between users wishing to dispose of recyclable goods and those users who need it; reusable container manufacturer, TerraCycle; and Evocative, which makes faux-leather goods from food waste.

March 2018 saw the signing of the African Continental Free Trade Area agreement by 44 countries. The number has since grown to 49 and the agreement has the potential to boost trade in the region by up to 52% by 2022, according to the GBPC report. Also, Nigeria is predicted to sign the agreement in 2019.

According to the report, “Intra-African economic integration will begin to drive a virtuous circle, as greater economic activity fuels expanded airline routes within the continent and additional railway investments. Furthermore, digital connectivity will strengthen.”

2. Wearable robotics will breakthrough to common use

Over the coming year, the report claims, exoskeletons will become popular across a range of industries. Previously, exoskeletons have seen successful applications by companies like Seismic, which incorporates subtle exoskeletal robotics into core-supporting underwear; Ford Motors, which deployed exoskeletons in 15 manufacturing plants to increase worker safety and endurance; and Lockheed Martin, the defence contractor, which has developed military exoskeletons to improve troop carrying capacity.

2019 will see other manufacturers adopt the Ford model of integrating exoskeletons into their production processes. According to the report, “new technologies such as artificial intelligence will also help address previously difficult design challenges such as functionality, weight, and mobility. Interest from both entrepreneurs and venture capitalists seeking to profit from this budding trend will prove to be an important catalyst in the technology’s growth as more start-ups are created and investments pour in.”

1. Bitcoin and the cryptocurrency market at large will mature

Bitcoin, the world’s most traded cryptocurrency, turned 10 in October, 2018. After the currency’s 1,375% price spike in 2017, it fell in price again by over 90% in 2018, due to security breaches and hacks, spiking fees, and the popping of a highly speculative bubble.

2019, according to the report, will see Bitcoin enter a state of post-crash maturation, reclaiming two-thirds of its value by the end of the year “as altcoins lose their luster because of growing risk aversion among cryptocurrency investors.”

“Ironically, for cryptocurrencies to see a third decade, the only viable path forward involves this acceptance by the international financial system that Bitcoin once sought to defeat”, predicts the GBPC report.