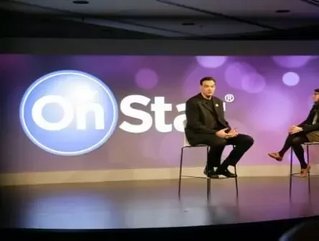 This year's International Consumer Electronics Show doesn't officially start for the public until Tuesday morning, but Business Review USA got an inside press look at some of the electronics industry's most exciting 2012 products and technologies on Sunday night.

The first official CES 2012 press conference was held by OnStar in collaboration with General Motors at the Venetian. It was an ultra-hip affair, complete with lounge couches, ambient lighting and a DJ, but we were mostly impressed by the developments revealed by OnStar's President and CEO Linda Marshall and Vice President of Business Development Nick Pudar.

Check out this exclusive video footage of the OnStar press conference and a preview of the new technology:

All videos produced by BaderTV.