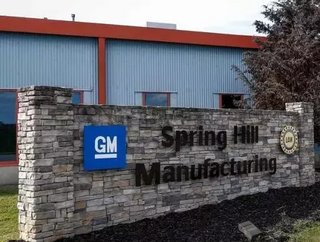 In an announcement made by General Motors (GM) the company plans to invest US$2bn into the transition of its Spring Hill, Tennessee plant to build electric vehicles.

The transition at Spring Hill will make the plant the third manufacturing plant to produce electric vehicles for the company. Spring Hill will join Factory ZERO in Detroit, and Hamtranck and Orion Assembly in Michigan.

In addition to its US$2mn investment in Spring Hill, GM plans to make an additional five investments, which include:

“We are committed to investing in the U.S., our employees and our communities. These investments underscore the success of our vehicles today, and our vision of an all-electric future,” commented GM Chairman and CEO Mary Barra.

Over the course of a year and a half (19 months), GM has invested over US$4.5bn in three US manufacturing sites in order to prepare the facilities for the production of electric vehicles.

Separate to its six investments, GM and LG Chem have formed a joint venture known as Ultium Cells LLC. Together the two companies aim to invest over US$2.3bn into the development of a new state of the art battery cell manufacturing plant. The new plant will play a vital role in GM’s commitment to developing an all-electric future.