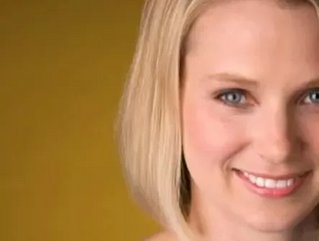 Effective Tuesday, Mayer will take over duties as President, CEO and a board member, making her Yahoo’s fifth chief executive in five years.

During her 13-year stint at Google, Mayer was responsible for the company’s Local, Maps and Location Services and was credited with overseeing the design and experience of Google Earth, Street View and Zagat for desktop and mobile. As the company’s 20th employee, Mayer helped launch many of its iconic features and products, including iGoogle, image, book and product search, Google News and Gmail.

Undoubtedly, her appointment is a major coup for Yahoo, which has struggled in recent years to attract and retain top tech talent.

“The appointment of Ms. Mayer, a leading consumer Internet executive, signals a renewed focus on product innovation to drive user experience and advertising revenue,” Yahoo said in a statement.

Mayer, who resigned from Google on Monday by telephone, has said that although she had an “amazing time” working for the company, it was a “reasonably easy decision” to take the wheel at what she called “one of the best brands on the Internet.”

“I am honored and delighted to lead Yahoo!, one of the Internet’s premier destinations for more than 700 million users,” Mayer said in a statement. “I look forward to working with the company’s dedicated employees to bring innovative products, content and personalized experiences to users and advertisers all around the world.”