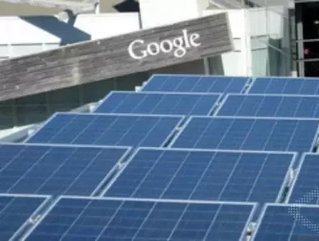 Google is adding to its sustainable business moves and has announced this week that it has made its largest investment in clean power. The search company created a $280 million fund for rooftop solar panel projects to be installed by solar company, SolarCity. This deal also marks Google’s first investment in residential and distributed solar power. To date, Google has invested $680 million into clean power projects.

Industry officials believe that Google’s utility-scale solar projects and transmission lines for clean power could lead the company into cleaner energy for its data centers. Google insists the solar investment is all about returns and environmentalism.

“SolarCity has raised at least a dozen funds similar to the Google one, but it usually raises these funds from banks like Citi and U.S. Bancorp (and has also worked with utility PG&E). Lyndon Rive, SolarCity CEO, said the biggest hurdle to getting its solar projects deployed is raising project financing, and he hopes other corporations will follow Google’s lead.

“Google’s $280 million fund could help deploy between 7,000 and 9,000 rooftop solar projects depending on the size of the systems, said Rive, in an interview this week. Because there are so few solar rooftop projects in the U.S. right now, the fund could theoretically help deploy one in 10 solar rooftop projects over the next two years, said Google Director of Green Business Operations Rick Needham.”