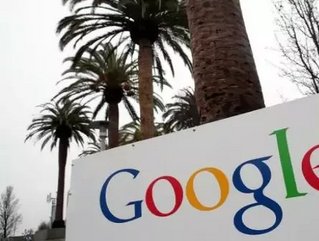 It’s no secret that Google takes care of its employees. For years, the company has earned rave reviews from staff and been globally recognized for its work culture and mission.

This year, Fortune Magazine acknowledged Google’s workplace fortitude by putting the company in the number one spot on its annual “Best Companies to Work For” list.

Google actually made its first appearance on Fortune’s list in the top spot in 2007 and was able to hold on to that position in 2008. But the company nestled down in the number four spot for the next three years, knocked down by the likes of NetApp, Edward Jones, SAS and Wegmans Food Markets.

Google’s rise back to the top of the ranks can be attributed to its stellar performance in 2011, which led to a very satisfied group of 18,500 employees.

Sopa and PIPA Battle Rages on: What now?

Facebook, Google Named Among Top Companies to Work For

“Everything was up at Google last year—revenue, profits, share price, paid search clicks, hiring—and so, too, was employee love,” Fortune wrote.

Google’s Mountain View, California headquarters, known as “the Googleplex,” has become a legend in its own right. The Googleplex is an environmental marvel—it’s the home of generous employee perks like a bowling alley, bocce courts and complimentary gourmet meals and haircuts.

Your company might not be rolling in success on Google’s level, so free food and eyebrow shaping for employees are likely out of the question. You can, however, certainly boost morale by keeping Google’s principles in mind, starting with the company’s ten corporate core principles:

-Focus on the user and all else will follow

-It’s best to do one thing really, really well

-Fast is better than slow

-Democracy on the web works

-You can make money without doing evil

-There’s always more information out there

-The need for information crosses all borders

-You can be serious without a suit