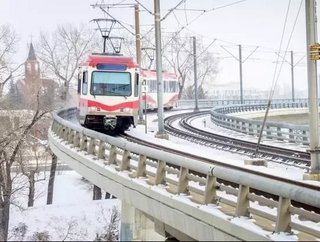 Following the announcement that Toronto and Vancouver have been recognized as the best cities for public transportation in Canada by Redfin and Walk Score, the Government of Canada are now set to transform Edmonton’s travel infrastructure.

Coming in at number nine on the list, the city’s light rail transit network is set to be expanded. Crucial to Edmonton’s economic growth, as well as enabling it to achieve its environmental, economic and community led ambitions, the Honourable François-Philippe Champagne, Minister of Infrastructure and Communities, has been joined by Jon Carson, MLA for Edmonton–Meadowlark, on behalf of the Honourable Brian Mason, Alberta Minister of Transportation, and His Worship Don Iveson, Mayor of Edmonton, to announce federal funding for two major Light Rail Transit (LRT) projects in Edmonton.

The Valley Line West LRT project will include the second and next stage of the Valley Line construction. It will involve extending the line by approximately 14km from downtown Edmonton to the west-end community of Lewis Farms. Additionally, the Metro Line Northwest LRT Extension project will be the first stage of an expansion of the line and will extend the line by 1.5km from the Northern Alberta Institute of Technology to the Blatchford development.

"Investing in new urban transit networks and service extensions is essential to ensuring people can spend less time in traffic commuting home from work and more precious time with their families,” stated The Honourable François-Philippe Champagne, Minister of Infrastructure and Communities in a recent press release. “These important extensions to Edmonton's LRT network will provide residents in the western and north-western communities with convenient access to the downtown core, all while improving the user experience, accommodating a growing ridership and making the transit system more accessible."

All work will provide significant improvement to Edmonton's LRT system by extending its services to new areas of the city, improving the user experience, increasing accessibility, and laying the groundwork for future expansion and growth. The Government of Canada will provide more than $1bn in funding for both projects through the Investing in Canada infrastructure plan. The Government of Alberta is also contributing approximately $1.17bn through the Climate Leadership Plan. On top of this, the City of Edmonton is providing approximately $706mn.

"Edmonton is one of Canada's fastest growing cities, and we are planning and building our city with this growth in mind,” added His Worship Don Iveson, Mayor of Edmonton. “We are undertaking the most ambitious expansion of our LRT network in our history so we can grow smart and sustainably, and keep more than a million people moving.  It is a true representation of partnership between all levels of government, a partnership that is needed in order to continue to make valuable investments like these that will benefit the generations to come."