Governor of California legally commits to carbon-free power by 2045 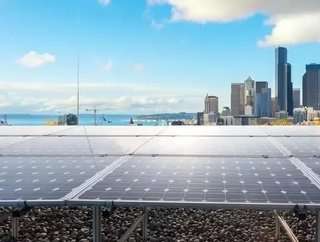 Jerry Brown, the Governor of California, has passed a law that will see the US state use only carbon-free electricity by 2045.

The commitment marks the Governors stance with the Paris Climate Agreement, despite the President of the United State’s decision to leave the treaty.

“There is no understating the importance of this measure,” remarked Governor Jerry Brown at the signing ceremony in Sacramento.

“It’s not going to be easy. It will not be immediate. But it must be done.”

“California is committed to doing whatever is necessary to meet the existential threat of climate change.”

The state becomes the second in America to commit to eliminating fossil fuels and using renewables, following Hawaii.

Under the legislation, utilities in the state of California must source 60% of their power from renewable energy by 2030.

Within 27 years, all energy must be provided by carbon-free or renewable power.

“Today California sends an unmistakable message to the nation and the world: Regardless of who occupies the White House, California will always lead on climate change,” said Democratic California State Senator, Kevin de León.

The state saw one third of its retail electricity sales provided by renewables last year, according to the California Energy Commission.