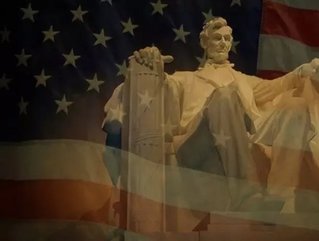 Lincoln’s birthday is upon us and as we look back in rememberance, we can appreciate the benefits of having had a leader with such genuine strength of character, bold sense of purpose, and lifelong passion for defending American values and ideals. If only he were with us now, at the advanced age of 206, what would he think of how his beloved United States has evolved in the 150 years since that fateful night at Ford’s theater? How would he feel about the way that the federal government has expanded since his death? What would he think of the Oval Office’s current occupant?

Speculative questions like these have no definitive answers, of course, but as we take a moment to reflect on the gratitude we owe to the man who steered our country to safety during its most difficult period, it is still worthwhile to consider the possibilities.

While it may be of interest to translate these numbers into comparable 2015 dollars, or discuss the irony of how the first federal income tax came about with a Republican Congress and a Republican President, what speaks the loudest about this legislation is that it had an expiration date. It was assumed by both Congress and the President that the government would need money in the short term to fund the war; there was simply no alternative.

Our nation was on the brink, so the government, reluctantly and against all precedent, found it necessary to temporarily dip its hands into the people’s pockets with the singular intention of funding its efforts to preserve the union.  Thaddeus Stevens, the chair of the House Ways and Means committee admitted, “This bill is a most unpleasant one.” By 1866, this tax was meant to disappear.

Imagine Abraham Lincoln looking at Barack Obama and his four trillion dollar budget proposal with its multitude of tax increases and its aim of indefinitely expanding government bureaucracy.  What might Lincoln’s first reaction be? Maybe he would ask what the national emergency is that the government should feel entitled to confiscate such a hefty portion of its subjects’ wealth. Maybe he would focus on the government’s fiscal irresponsibility, and ask why, with all the tax dollars it intends to collect, it is still planning on increasing the budget deficit every year for the foreseeable future. Or perhaps he would be curious as to know when all of the proposed taxes were meant to expire.

Related: The Psychology of Taxes on Entrepreneurs

More fundamentally, Lincoln would most likely want to know what happened to the role of government, and why it sees fit to intrude so regularly in the lives of its citizens. Progressives will counter that the world has changed in the last century and a half, and that people both expect and demand more of the federal government than they did in Lincoln’s time.

But in the Gettysburg Address, Lincoln made reference to a “government of the people,” not a people of the government. In our nation’s early years, there were but handful of federal laws; today there are thousands. Government was once merely on the periphery of our society, preserving the peace and maintaining law and order.

Today, government is everywhere.  Everything is regulated, except of course government growth. Neither Lincoln nor our Founding Fathers would recognize what our federal government has become.

So what would Lincoln say? If he were president, would he enact laws through executive orders that the people through their elected members in Congress would never pass, in direct violation of the Constitution?

We can only speculate. But a statement he made in Obama’s hometown of Chicago back in 1858 might give us some insight:

“Let us then turn this government back into the channel in which the framers of the Constitution originally placed it.”