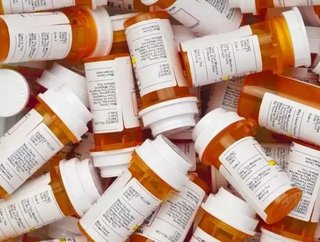 You may have recently heard that the abortion pill has recently been approved by Health Canada. Known more appropriately as drug RU-486, this medication has been cleared for Canada, allowing women to take a pill that induces a miscarriage.

Made by Linepharma International Limited, the pill will be sold under the brand name Mifegymiso throughout Canada. However, while some countries do allow for the drug to be dispensed by pharmacists, Health Canada has made a ruling that will require women to get a prescription from their doctor before they can make a purchase.

RELATED TOPIC: The 5 Canadian digital health companies to watch and why

The RU-486 drug works by blocking the production of progesterone, which is a hormone that is needed in order for a pregnancy to take place. Experts in the medical reproductive industry have referred to the pill as the best known option for abortion. Therefore, getting the drug approved in Canada has been on the agenda for quite some time.

However, not everyone in the country is in favor for the abortion pill. As you can imagine, the approval of this drug has caused a bit of a stir in Canada.

Particularly, Campaign Life Coalition, an anti-abortion rights group, has recently called for the federal government and Ambrose to stop distributing the drug. As well, other pro-life organizations have jumped on the bandwagon, hoping to get the legal ruling overturned.

Furthermore, National President of Campaign Life Coalition Jim Hughes has said this on the matter: “We have fought against this drug coming into Canada since 1999 in order to safeguard the health of women and save unborn children from early deaths.”

This quite seems a little ironic, though. For starters, a man is implying he knows what’s best for women. But shouldn’t it be believed that a woman knows what’s best for her and her body? Sure, there is definitely a gray area to this whole subject, but at the end of the day, should women be responsible for their own decisions, as well as their own bodies?

For the latest news in the healthcare industry, visit our sister brand Healthcare Global.