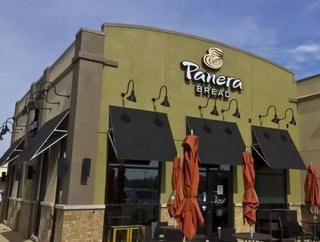 Panera has announced that it will be creating and selling ‘clean’ bacon at its restaurants from now on.

‘Clean’ food is defined simply as anything which lacks artificial additives, and Panera’s new bacon now contains only pork, water, sea salt, sugar, celery powder, and thyme extract. All of the meat it serves can now be classed as clean, along with everything except for bakery goods.

Panera is quite a trailblazer in terms of healthier fast food, having released its No No List last year, which includes over 150 food items it has banned from its products. The problem with labelling food ‘clean’ is that many people equate the word to ‘healthy’, which is not necessarily the case – however, it is a good start.

Panera proves that fast food doesn’t have to be swimming in fat: here are some other American restaurants making an effort to be a little better for us.

Jason’s deli is dedicated to using organic foods wherever possible, offering many healthy, protein-rich choices. It also knocks money off the price for smaller portions, encouraging customers to eat a little less.

While Chinese food is generally known for being greasy and high in salt, Noodles and Company goes against this by only using soybean oil to sauté and lean ingredients. The restaurant offers Mediterranean and American food as well as Asian, and serves many hormone and antibiotic-free meats.

A popular favourite, Chipotle offers healthier versions of Mexican-inspired meals. The company is dedicated to using local, organic ingredients and drug-free meats, and allows the customer complete control. Its famous burrito bowls cut out the carbs found in a tortilla – you just need to have enough self-control not to smother everything with cheese at the buffet.

This bagel restaurant offers low-fat and calorie alternatives to both the breads and the spreads, with a variety of salads also on offer and available in half sizes. Everything it serves is made fresh, with a special menu for children and seeded, veg-loaded bagel options available.