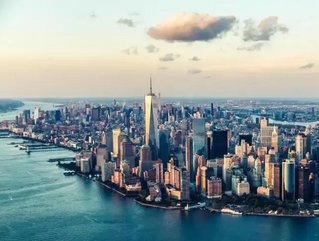 Amazon has unveiled its plans to build a second North American headquarters in a highly unusual move that many analysts have labelled as a marketing ploy.

However, marketing ploy or not, many cities will be hoping to secure the construction grounds for the new headquarters due to the significant economic benefits that it will undoubtedly bring.

Amazon expects to invest over $5bn into the project, with the end product expected to see the employment of 50,000 workers.

With Amazon estimating its investments at $38bn in Seattle, the location of its current headquarters, from 2010 through 2016, the company can confidently predict that every dollar that it invests into its new headquarters, labelled ‘HQ2’, will generate a significant amount of income for the host city’s overall economy.

In its press release, Amazon specified that it is looking to locate its building in a metropolitan area with a population of over one million people, including a strong a stable business sector and a pool of creative and technical talent.

With tens of cities matching the criteria, CNBC created a ranking system to determine which North American cities did so most successfully across all areas.

Toronto is the first city to appear on the list not based in the US, with the Canadian city appearing in 10th.

Below is the frontrunners in the list as ranked by CNBC.