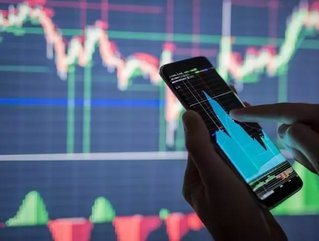 The US-based IT company, Hewlett Packard Enterprise (HPE), has confirmed better-than-expected earnings for its third quarter in this year’s fiscal year, CNBC reports.

According to Thomson Reuters, the firm saw its shares rise to 44 cents per share which beat the 37 cents expected by analysts.

In addition, HPE’s revenue increased to $7.76bn which was more than the anticipated amount of $7.68bn.

The majority of HPE’s funds came from its Hybrid IT business segment and saw its earnings reported at $6.24bn which is a jump from the FactSet analyst’s predictions of $6.16bn.

Antonio Neri, President and CEO of HPE, said: “HPE has delivered a strong Q3 and our results prove we have the right strategy to deliver in the areas of highest value for our customers.”

“Solid execution across each of our business segments, combined with market momentum, will enable us to deliver FY18 revenue and earnings well beyond our original outlook provided at our Securities Analyst Meeting last year.”

In a separate announcement on Tuesday (28 August), HPE also confirmed the appointment of Tarek Robbiati as the company’s new Chief Financial Officer.

“He is both a visionary leader and a pragmatic business operator with a proven track record in driving transformation and building and sustaining growth. HPE will benefit from Tarek’s financial expertise, his customer-centric mindset, and his industry segment knowledge, and I look forward to partnering with him as we continue to execute against our strategy.”