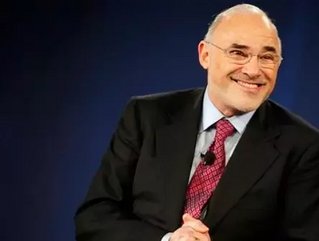 The executive management team at Hewlett-Packard is causing quite the controversy once again. CEO Léo Apotheker and his newest and reconfigured board of directors made some changes in the company’s leadership board and “relieved” three of its longtime executives.

Ann Livermore, 52, spent 29 years with Hewlett-Packard and is giving up her spot as head of HP Enterprise Services. She has been offered a spot on the HP board and will remain as the interim chief of Enterprise Services until the newcomer takes over her place. Livermore had been considered a candidate for the CEO position a number of times.

Two exiting HP execs who were hired by former CEO Mark Hurd weren't, however, asked to join the board. According to Eweek, Pete Bocian, 57, hired as executive vice president and chief administrative officer in 2008—whose position is being eliminated—and Randy Mott, 55, executive vice president and chief information officer since 2005, are out effective immediately, HP said. The company is starting a search for Mott's replacement.

Industry officials aren’t too surprised by this week’s announcements as only modestly profitable quarterly earnings reports showed a significant decrease in year-to-year sales of HP consumer PCs, which is the company’s livelihood. Experts also believe that Apple has taken away from HP’s gains and not to mention its rather mild board of directors compared to HP.

Apple’s Mac and tablet products have been a major presence in the market and HP has been a bit of a late comer with its products. HP’s TouchPad tablet is due out next month and has gotten mixed reviews about its capabilities.