Honda Accord wins North American Car of the Year Award 2018 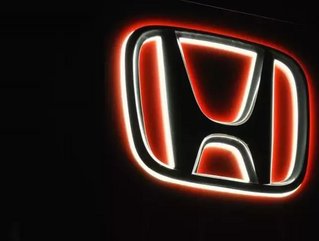 The award was chosen by a panel of more than 60 experts from a number of media backgrounds across the US and Canada, with the votes being tallied confidentially by Deloitte LLP.

“Honda seems to have executed some sort of magic trick — not only is this 10th-generation Accord far sleeker and more decisively styled than its predecessor, it’s somehow roomier inside, too,” said Chris Paukert, Managing Editor of Road Show by CNET. “Even in low-end trims, it drives well and offers a strong amount of standard equipment.”

This marks the third consecutive year that a Honda vehicle has won the award, with the Civic having done so in 2016, and the Ridgeline last year.

The ceremony also saw both the North American Utility vehicle and Truck of the Year being named for 2018, with the Volvo XC60 and the Lincoln Navigator winning in these categories respectively.

“Like the XC90, the XC60 offers Volvo’s distinct brand of luxury and it may even be more appealing than its bigger brother,” said freelance auto writer Kirk Bell. “The ride is exemplary, and when smartly equipped, it is a fine value.”

“The 2018 Navigator received a more dramatic update than its Ford Expedition sibling and its impact for the brand will be stronger as a result,” said Ron Sessions of the New York Daily News. “With its design now aligned with the Continental, the Navigator becomes an even more important image – and the profit-maker for Lincoln.”

The 2018 edition marks the 24th year of the awards, with the selection process for this year’s awards having begun in June 2017.