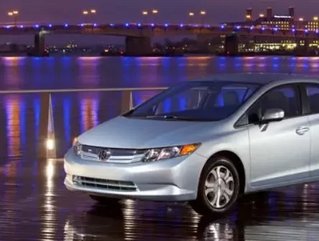 Honda announced today the company’s overall production volume will remain significantly reduced throughout the summer months. Although most of Honda’s vehicles are made in North America, overall production is expected to normalize sometime near the end of 2011.

This move comes as a reaction to service interruptions at Honda’s Japanese plants, which were severely affected by the Japan earthquake and tsunami disaster. This is detrimental to vehicle production because of a few critical parts supplied from Japan. Most of Honda’s Japan-based parts suppliers have resumed production and Honda is working hard with a few suppliers that are not yet back to production capacity.

Honda has a few popular car models affected by this situation. The new 2012 Honda Civic will have significantly reduced levels throughout the summer months. The fall launch of the 2012 CR-V will be delayed at least by one month. Only a limited amount of Japan-built vehicles will be available for the remainder of the year. Those models speculated to have limited availability are the Honda Fit, CR-Z, Civic Hybrid, Acura TSX, Acura TSX Wagon, and the Acura TSX RL.

Additionally, due to a shortage in supply of Japan-sourced paint pigment, certain colors of vehicles will also be in short supply.

Honda’s Japanese operations were clearly fairly affected in the Japan earthquake and tsunami disaster. As of now Japanese Honda production will remain on average at 50 per cent capacity until the end of June. The Tochigi Factory was the most severely affected in the disaster.

Honda is providing aid to Japan in the form of donations including $3.7 million USD, 1,000 generators, 13,000 gas canisters and an associate donation matching program from donations made to the Red Cross.