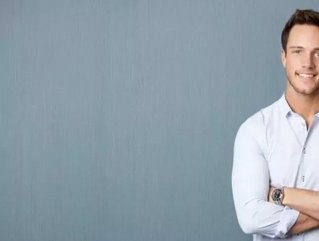 Life in sales isn't fair. You know that. Some salespeople have more than their share of difficulties, and some salespeople get more breaks than they deserve.

I remember one set of identical twins that were raised by an alcoholic father. At age fourteen the twins were sent to separate foster homes, not to be reunited for some thirty years.

When they were brought together at age 44, they were interviewed on a TV talk show. One of the twins had become an alcoholic like his father, while the other one had become a teetotaler. When the TV host asked them why they turned out the way they did, they both gave the same answer. Each of them said, "What do you expect? How could I turn out any differently considering the father I had?"

So how do you develop a killer sales attitude?  An attitude that will get you back up when you get knocked down by objections, price comparisons, unethical tactics, and a host of other things?  You need to do three things.

The more you fret about your lack of sales, about not meeting your sales quota, or whatever you fret about, the less energy you’ll have to work your way out of the slump.  You’ll even lose your ability to think clearly and strategically.

So catch yourself thinking or uttering Mind Binders, which are negative self-judgments.  They’ll destroy your confidence, and left unchecked, they’ll destroy your sales career. So catch yourself when you begin to think such things as “I’ll never get ahead … I wasn’t cut out for this kind of job … I’m no good at prospecting … or … I don’t know how to close a sale.”  They will never serve you well.

And then stop yourself from the continued use of Mind Binders.  Tell yourself, “Cancel, Cancel” when a negative thought comes to mind.  Or talk back yourself, firmly and repetitively, saying, “Now stop it.  Just stop it.”  By doing so you take control of your mind rather than have it control you.  You’ve taken the first step in building a killer sales attitude.

One of the secrets to his sales success was the killer attitude of calmness.  When his ten-year project to build a storage battery was destroyed in a fire, he didn’t panic. He yelled to his son, “Go get your mother. Tell her to hurry up and bring her friends. They'll never see a fire like this again."

The next morning, Edison called all of his employees together and made an incredible statement. He said, "We're rebuilding." He told one man to lease all the machine shops in the area. He told another one to get a wrecking crane. Then, as an afterthought, he asked, "Oh, by the way, anybody here know where we can get some money?"

Edison stayed calm. I'm sure he had some feelings of disappointment and discouragement. That seems fairly normal. But he didn't let his feelings take over. He did what needed to be done. He stayed calm.

What about you?  When you encounter some sales problems, do you panic?  Do you talk incessantly about how bad things are?  Or do you stay calm?

You’ve got to stay calm … because your mind cannot function at its peak when it’s all agitated.  Your mind can’t think of new and better ways of selling if it’s tied up in knots.  So stay calm.

Of course that may sound easier said than done.  But there’s a trick to it.  Attitudes and feelings always follow behavior.  So if you act calm, even if you don’t feel calm, you will eventually be calm, with a stronger and more positive attitude.

3.  Keep on practicing your sales skills.

Competence and confidence go hand in hand.  If you’re really good at what you do, you’re bound to feel more confident.  So simply put, if you keep on practicing your sales skills, you’re going to be more competent and you’re going to get a killer sales attitude.

When things are going poorly in sales, when a salesperson gets knocked down and feels like quitting, chances are he has stopped practicing the basics in sales.  He’s taken some shortcuts that are hurting him.

Just as commonly, a salesperson might reach a new high in her career, and she does the same stupid thing.  She thinks she’s so good that she can stop practicing the basics in sales.  And then she hits bottom, gets a negative attitude, and wonders what happened.

You’ve got to keep on practicing to maintain a killer sales attitude and move toward higher levels of success.  Long ago professional basketball star Bob Petit proved that.  Even though he became one of the highest scoring players in the sport, it wasn't that way in the beginning.

As a freshman in high school, Bob was weak, frail, and uncoordinated. All he really had going for himself was the determination to practice until he became a quality athlete.

Bob began with a wire coat hanger that he bent into the shape of a basketball hoop. Hour after hour, day after day he threw tennis balls through his makeshift basket. Eventually his father got him a real basketball and hoop.

Bob would throw baskets after school every day, go to dinner, and then go back to practice. It wasn't too long before he became the star of his church team, then his high school team, college team, and finally a professional team.

It's the same for you and me. There are few shortcuts on the road to sales success. We all have to practice first and then keep on practicing.  So it’s no wonder that the most talented sports figures, singers, dancers, movie stars, speakers, and salespeople have coaches to refine their craft.

So let’s get personal for a moment.  What are doing on a regular basis to keep on practicing and refining your sales skills?  If the answer is “not much,” then don’t expect too much in the way of sales results.

It’s natural to feel disappointed and discouraged when things aren’t going well in sales.  It’s natural to get a bit negative during those times.  But it’s not helpful ...  because if you lose your positive attitude, you will lose everything … including the chance to turn things around.

Be careful of putting too much stock in your feelings. Feelings are a useful piece of data in any decision you make, but they should not have the final say in doing what you know you should be doing.  Your feelings get a voice, but they don’t get a veto.

That's how Muhammad Ali became great. He even said, "I hated every minute of the training, but I said, 'Don't quit. Suffer now and live the rest of your life as a champion'."

Take a look at the Olympics. You can’t help but notice one outstanding characteristic of the gold medalists. Very few of them were "natural-born" athletes. But almost all of them had a killer attitude.

If and when you ever feel like walking away from your sales career, just remember you don’t have to.  You can turn it around with these four keys to a killer sales attitude.

Dr. Alan Zimmerman speaks to organizations that want to transform the people side of their business.  His keynotes and seminars focus on the communication, motivation, leadership, and teamwork that pay off in bigger profits and better relationships … on and off the job.  To learn more about his work, you can check out his web site at http://www.DrZimmerman.com or his new book, The Payoff Principle:  Discover the 3 Secrets for Getting What You Want out of Life and Work, at http://thepayoffprinciple.com.