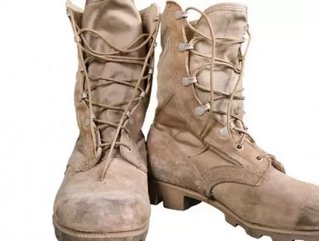 Gaining inspiration from the original Boot Girls in Texas, Boot Campaign Canada was officially founded in 2013. Now, Georgetown-based, the campaign is taking a step forward to not only assist men and women in the military, but first responders, as well. In fact, a fundraising event is planned for the upcoming months to help the some 350,000 people who are actively serving.

The coordinator of Boot Campaign Canada, Jason Lowrie, has made note how the organization helps first responders, too—which makes it different than the United States version. There are tens of thousands of first responders; recent statistics that have been released indicate that 30 to 35 percent of these first responders currently suffer from PTSD or Post Traumatic Stress Disorder.

Celebrities have gotten involved with Boot Campaign Canada, too. Some of these celebrities include Jose Bautista from the Toronto Blue Jays and Jim Treliving of the Dragons’ Den—they’ve both gotten their picture taken wearing the tan boots. These boots, which also come in black, are sold to support the cause can be purchased here. As well, boots come in different sizes and range in price from $120 to $170 per pair.

Recently, Boot Campaign Canada donated 15 pairs of boots to homeless veterans, as well as to veterans who are in transition. Further plans to show support include the arrangement of home renovations or adaptations for those who are disabled.