How Coca-Cola is improving the world 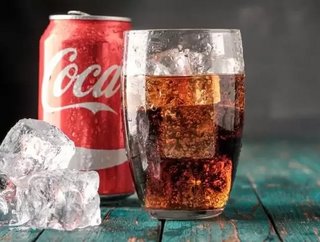 Coca-Cola has announced that it has replenished all of the water used in its drinks in 2015.

Through its 248 community water partnership projects, the company returned around 192 billion liters of water, which is over 115 percent of the water used in its beverages last year.

This impressive act is in response to a 2007 War on Want campaign which directly highlighted Coca-Cola’s extensive water usage. Coca-Cola then set a goal of replenishing all water used by 2020, and thanks to its partnerships which spread across 71 different countries, it has achieved it five years early.

This is not the first project that Coca-Cola has undertaken in order to become a more sustainable and responsible company. Here are some of the recent steps the company has taken to give back to communities all over the world.

Earlier this year, Coca-Cola opened its flagship EKOCENTER in Rwanda, which serves as a store and community center. It is designed to serve the local community, enabling thousands of residents 3G coverage and internet access thanks to a new mobile phone tower, healthcare, a water purification system, and a lit football pitch. The centre itself is solar-powered and operated by a female entrepreneur. There are set to be 177 EKOCENTERS across 10 countries by the end of this year.

This program supports around 1,400 US college students per year by offering $10,000 or $20,000 towards their education. High school seniors with a minimum 3.0 GPA can apply for the program. It allows opportunities for promising students who may not otherwise have the means to attend university; Coca-Cola funnels $3.4 million each year through its various national programs.

Coke it Forward – based on the concept of ‘paying it forward’ – is a system which puts the ability to make a change into the customer’s hands. The company added donation technology to vending machines on college campuses, allowing students to buy one Coke and give one to somebody in need. While customers will be charged for two drinks and receive only one themselves, Coca-Cola matches the donation with another two, meaning that three in total are donated when just two are paid for.

In 2015, Coca-Cola donated $84.5 million to communities in over 70 countries through grants which benefitted 300 different organizations. 95 percent of those grants are focused on the company’s key priorities of women, water, and well-being: $5.5 million went to women’s empowerment initiatives, $26.5 million to water and environmental initiatives, $48 million to more general community initiatives like education and healthcare, and $4.3 million for community improvement, arts and culture, and humanitarian issues.