How Google will be affected when Ruth Porat becomes CFO 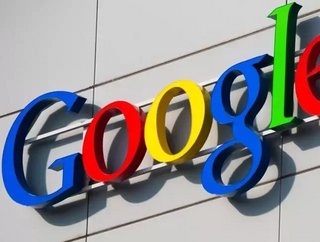 In mid-July, during the company's Q2 earnings conference call, Ruth Porat is expected to debut as Google’s first female CFO, according to Investor’s Business Daily.

Porat, the former CFO of Morgan Stanley, is set to replace Patrick Pichette, who will be retiring after seven years at the post. She has accepted a reported $70 million pay package to assume these new responsibilities.

[Related: As Benjamin Lawsky’s tenure ends, who will replace him on Wall Street?]

The question, and cause for excitement, on everyone’s mind is: What will she do once she’s at the helm?

1. Continue diversification: Google began as a search engine and continues to be a dominant player in that industry. However, it has also been an aggressive buyer of organizations outside of search.

Porat will surely engineer additional acquisitions. The excitement is over what they will be, exactly.

2. Manage Google’s substantial offers: Speaking on CNBC, Ivan Feinseth, of Tigress Financial Partners, estimated Google’s assets at $112 billion. "She has close to $80 billion in cash and about $32 billion in what we will call EBITDAR or cash flow. So, that's a lot of money to manage, to invest in R&D, to use for acquisitions to build the company," he said.

3. Enhance Google's credibility on Wall Street: This may be Porat’s most important task and the one she was specifically recruited to do. She has the experience to follow through on this.

She was the lead banker on a number of tech IPOs, including Amazon, eBay and Priceline Group, earlier on her career. Most notably, she helped Morgan Stanley get back on its feet after the storm it endured during the financial crisis.

Quoted on investors.com, Rosenblatt Securities analyst Martin Pyykkonen said, "We look to her experience most recently in the financial industry and earlier in tech industry banking as a strong hybrid base for effectively deploying Google's capital going forward and enhancing credibility (with better transparency) with institutional investors."

Porat has a tall order to fill but she has the confidence of investors. "But it also requires a CFO who understands the investment needs and opportunities of a rapidly evolving technology sector leader. Porat fits the bill," concluded Pyykkonen.