How introverted leaders can be better bosses for extroverts 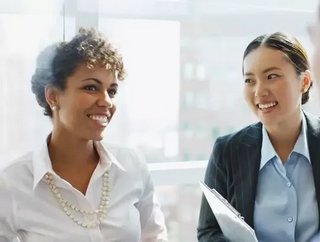 Management networking has traditionally been viewed as the hunting ground of the extroverted; a playground for those who feel confident – perhaps even inspired – initiating and developing networks with likeminded peers. In Canada and the rest of the world, this has historically been mirrored in the typical structure of promotion and leadership which often favoured the extroverted. Yet with the rise of online platforms such as LinkedIn, and a constant emphasis on rewarding the diverse and creative, introverted people in leadership positions are becoming more commonplace than ever before.

We need only to look to the tech world to see shining examples of this trend – think Bill Gates of Microsoft or Mark Zuckerburg of Facebook. In fact, it’s interesting that this personality type has only really broken into the mainstream in the last few decades considering that  globally, a third of employees are classed as introverted and a further third identify as introverted to some degree. Our research – which examined over 150 CEOs – demonstrated that more than 30 percent of senior executives exhibited introverted qualities. At the middle and first line manager levels, this figure was closer to 50 percent.

The numbers speak for themselves. Yet such a disparity between the ways these two types of people communicate, innovate and process new information can create challenges for the introverted leader. Rather than feeling synergy with their extroverted colleagues, they are unlikely to feed off the energy of engaged audiences and may not be inclined to bounce ideas off others in order to strategise.  In fact, they may be the polar opposite, preferring to digest information quietly and with considerable analysis. This can jar with an extroverted employee, who may become frustrated if they view the other person’s attention as passive, or not displaying readable physical signals such as leaning in, nodding or making facial expressions. Without these, it is possible that they may, in extreme cases, find their creativity altogether stumped.

Interestingly, this idea is further demonstrated in the way introverts and extroverts tend to network. Whilst the typical extrovert will feel confident in face-to-face situations and is likely to be able to ‘work a room’, studies suggest that these interactions are often far more superficial than the deeper connections made by an introvert. By choosing a smaller, more select group of people to target, they are paving the way for meaningful connections that they are likely to be able to draw upon further in their career. The value of tools such as LinkedIn really comes to fruition in these circumstances, allowing users to send one-on-one messages in the quiet of their own offices or homes, whenever is convenient. Similarly, opportunities such as viewing the guest list of an upcoming networking event provides a great opportunity for those with a more introverted disposition to focus on connecting with a smaller number of people whose interests match their own. By accessing this information, many feel more prepared and are able to spend their efforts on those that they know will make a valuable addition to their network.

Both when managing and networking, introverted leaders must be aware of others’ needs and can usually make a positive impact by adhering to one simple piece of advice; turning up the volume of their listening. They must remember that they play a crucial part in encouraging the creativity of those they are managing, despite sourcing their own creativity from much quieter and often introspective places. Being aware that a higher level of emotional engagement is appreciated from them by the extrovert speaker, and aligning themselves with the needs of individual members of their team is likely to have a very real impact on the productivity and creativity of this unit.

It is an important and often mentioned fact that both introverts and extroverts bring equally valuable qualities to businesses, and both are important to our team success. The energy and enthusiasm of the extrovert can be classed as inspiring, drawing out ideas from others, yet organisations also need the deep thought, analysis and insights that introverts so readily offer. The best managers – be they introverted or extroverted – must be able to bring out both sides of the team, without compromising their own creativity. The ability to do this, and to encourage others whose personalities may be different to, or even the opposite of, their own is a skill to be revered in strong managers. By turning up the volume of their listening and tailoring their leadership style to the needs of individuals, the introverted leader will be well armed to tackle any challenge that comes their way.

Karl Moore is the Associate Professor at the Desautels Faculty of Management, McGill University, and Associate Fellow at Green Templeton College, Oxford University.