How many Americans will flock to Canada following Trump election? 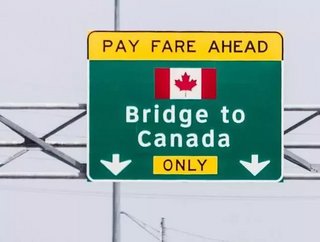 The dust is still settling on what has arguably been the most tumultuous and remarkable election in US history.

Donald Trump, due to meet outgoing President Barrack Obama in what could be an awkward exchange following repeated jibes during the campaign, will take office in January. Overnight several demonstrations took place in major US cities, while many markets took a hit during trading after the Trump result became clear.

There are also signs that many Americans are serious about moving to Canada.

The Canadian Citizenship and Immigration website crashed yesterday following unprecedented hikes in traffic volumes, with users logging on to a message reading “there is a problem with the resource you are looking for, and it cannot be displayed.”

One way flights to Canada also saw massive surges in searches. According to discount flight website cheapflights.com, the numbers of people looking for flights to the country were 900 percent higher normal levels compared with previous Tuesdays, and 1,000 percent higher on Wednesday morning.

Searches for flights to the UK, South Africa, New Zealand, Japan and Germany also increased markedly, although it is unclear how many flights were actually booked. Nor is it clear how many US citizens have applied for Canadian citizenship.

Social media and Google reports that Canada was the most trended term as the election result became clear, with Canada featuring in more than a million tweets. Canada immigration was among the top trending searches on Google.