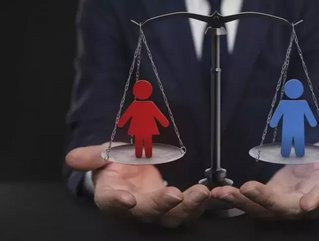 A new report shows that gender inequality in the financial sector is harming industries and consumers alike.

Oliver Wyman, a US management consultancy, has said that the finance industry is losing out on US$70bn revenue annually, according to a recent report. By not taking women into consideration when presenting products to the market, financial institutions have been limiting their reach significantly.

“Women are arguably the single largest under-served group of customers in financial services,” Jessica Clempner, the report’s lead author, said in a statement on 12 November. “Firms are leaving money on the table by not listening to and understanding their women customers.”

A debate has grown around the issue of lender bias within the financial industry, particularly since a tweet from David Heinemeier Hansson, creator of Ruby on Rails, went live on 10 November. In the tweet, Hansson pointed out that his wife was offered a rate 20 times lower than his own when applying for an Apple card. An investigation is currently underway looking into unintentional bias in the algorithms used to determine the limits offered to customers.

According to the report, when products are presented as gender neutral they are often defaulting to male centric requirements, with wealth products being a major contributor to this imbalance. An example is given around insurers: if life policies aimed at women were granted the same rates as those offered to men, the industry could generate an extra $500mn in new premiums, according to Oliver Wyman’s estimations. Women also have a tendency to hold more assets in cash rather than stocks or intangible finances, costing wealth and asset managers a potential $25bn in annual fees.

The issues are exacerbated by a lack of women at a senior level within the industry. Just 20% of finance executives are female, which is an improvement since the 16% of 2016, according to Oliver Wyman’s report. The financial sector has therefore made improvements in recent history, but it still has some considerable distance before a balance is struck around gender equality in the industry. In the meantime, it is costing the financial sector billions each year.