How P&G protects the planet 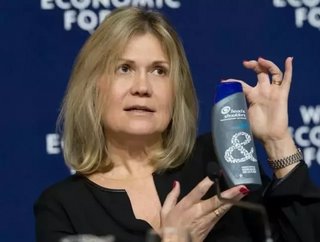 Every business should be humbled by the limitless effort that Procter & Gamble pours into improving the quality of this world.

P&G has published details of the green work it does in a yearly Sustainability Report since 1999, with the name changing in 2016 to the Citizenship Report (now covering the topics of Ethics & Corporate Responsibility, Community Impact, Diversity & Inclusion, Gender Equality, and of course Environmental Sustainability). This most recent report outlines the company’s greatest valuable accomplishments. With regard to the environment specifically, the innovations have been astonishing.

For example, 65 percent of the USDA-certified ingredients contained in Tide purclean come from plants and other renewables, and the product is guaranteed to clean as well as the original – even in cold water. It’s also manufactured at a site which only uses renewable wind electricity, and boasts zero manufacturing waste-to-landfill.

Another of P&G’s biggest brands, Charmin, sources all of its tissue from responsible forests, with Forest Stewardship Council and Rainforest Alliance Certified labels proudly emblazoned across the brand’s products. Waste from the production of Oral B, Head & Shoulders, and Always is repurposed globally, and Fairy dishwashing tablets will soon become phosphate-free, removing enough phosphate to cover 270,000 soccer fields.

It is these kinds of achievements which enabled P&G to reach one of its long-term goals early – to reduce energy usage by 20 percent per unit of production by 2020. Last year, it managed this four years ahead of schedule.

Earlier this year, the company made a new announcement which affected one of its most famous brands, and shone the spotlight on a sustainability issue not often discussed: beach plastic. Litter on beaches has been a problem for as long as packaging has existed, and in January this year, Procter & Gamble announced that Head & Shoulders had created the world’s first recyclable shampoo bottle made with PCR (post-consumer recycled) beach plastic.

This innovation has been made in partnership with TerraCycle and SUEZ, and the limited edition bottles containing up to 25 percent PCR plastic will be sold in Carrefour – one of the biggest retailers in the world – in France. The aim is that by the end of 2018, in Europe, more than half a million bottles a year (which amounts to 90 percent of all P&G hair care brand bottles sold in Europe) will include up to 25 percent PCR plastic.

While the company has in fact been using PCR plastic in packaging for 25 years, this announcement comes at a time when its use is to be vastly expanded across various brands. The Head & Shoulders project alone will require 2,600 tons of recycled plastic a year, and one of P&G’s corporate 2020 goals is to double the tonnage of PCR plastic used. Aside from anything else, this will mean far less waste being swept into the sea, which has been a huge concern; the Ellen MacArthur Foundation stated that there could be more plastic than fish in the ocean (by weight) by 2050 if huge changes are not made.

I spoke with Virginie Helias, Vice President of Global Sustainability at P&G, on the day that the Head & Shoulders project was announced. My first question is an obvious one – how was this news received?

“Overwhelmingly positively,” Helias replies with a laugh. “I was so thrilled. Our President [Europe Selling & Market Operations] Gary Coombe already posted about it on LinkedIn, and it received over 2,000 likes within a couple of hours. People are saying ‘why are you doing this now? Why not before? You should have done this earlier, this is amazing’. It’s been very positive, but the biggest impact has been within the company because everyone wants to do it, and it’s almost as if we’ve given permission to our staff to branch out and do things like this. It’s quite an unusual project and it hasn’t been easy, but this is the beginning of a new era.”

The reason it hasn’t been done before, Helias says, is because something like this takes a great deal of planning and development before it can be rolled out to the public: “Imagine you’re representing a brand like Head & Shoulders – it’s not something you do lightly. It’s a big deal for us and there was so much preparation involved.”

Helias admits that one large reason P&G’s efforts in the use of recycled plastics have escalated recently is the findings by the Ellen MacArthur Foundation, which triggered a reaction across the industry: “The idea of there being more plastic than fish in the ocean really captures the imagination of people, and the leader of our healthcare business simply said ‘let’s do something – something we can bring to our brand and engage with the consumer about’. It’s imperative that we raise awareness of the responsibility that we have in terms of recycling. The use of beach plastic is a very strong consumer statement, and we have the power to make a meaningful impact.”

The impact P&G makes is bolstered by its strategic partnerships, one of the most integral of which is the WWF (World Wildlife Fund). In 2010, both P&G and the WWF announced their goals and visions together, and the two organizations have worked together a very long time.

“We work with anyone who is willing to help us with what we do,” Helias explains. “We choose people based on whether they have a similar agenda. Recycling is always an interesting topic because it’s something we have to act on. We have many projects with many partners who recycle a lot themselves and have the technology to support sustainability.”

P&G relies heavily on wind-generated electricity, and it has recently completed work on a wind farm in Texas, which will be an integral part in P&G’s long-term goal of powering all plants with 100 percent renewable energy.

“The wind farm is now in operation, and it covers the electricity for all our public and homecare products in North America,” she says. “We are actually commercializing it on some of our products, where we mention on the pack that it’s powered with wind electricity. It’s been quite a milestone because it’s the first time we’re explaining that wind power is part of our vision and we’re on track to meet that vision. We also have a new biomass factory in Albany that will be in operation later this year, and that will provide all the heat for our Bounty and Charmin paper needs, something that is very energy-intensive.”

So where can P&G possibly go from here? According to Helias, the company is more committed than ever to its sustainable manufacturing and zero waste-to-landfill vision, and for the latter, it is more than halfway there.

“It’s the holy grail,” she says, “and a big challenge for business. We have a pilot project in northern Italy and it’s the first time that it has been technically, logistically, and financially viable. That’s huge, and we’re very proud to have developed this business model. Water, too, is an issue we’re focused on, because people use it in the shower, when shaving, doing laundry, cleaning – hot water is always in use. The most important thing we can do as a company is reduce that, which is why we started working on cold water technology years ago. We’re always working on products that reduce the need for hot water and reduce our footprint.”

This vision is endless and incredibly admirable, and the last time Helias spoke to us for one of our sister magazines, Business Review Europe, she told the editor that her personal vision was for her role to be eliminated. Is that still the case?

“Absolutely,” she replies with delight in her voice. “When a business shows they can do something super exciting, and also work hard to reduce their footprint, then more and more businesses want to join in and eventually they won’t need me anymore. At that point I can happily retire.”