By Roshan Sathyanarayana
May 19, 2020
undefined mins 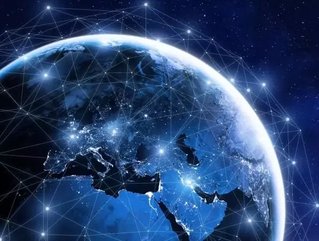 On 8 March, President Trump announced new tariffs of 25% on steel and 10% on aluminum. With no broad support from Congress, the White House relied on a rarely invoked section of the Trade Expansion Act of 1962, which allows the president to impose tariffs by executive order in the interest of national security.

The imposed tariffs are expected to affect a multitude of industries in the short term. In the long term, it is the reaction to those tariffs from other countries that poses the largest threat to procurement departments. In bypassing Congress and the World Trade Organization, the White House’s actions could spur other countries to retaliate by imposing their own duties on American exports, thereby upsetting a long-standing network of trade agreements that have kept the prices of globally traded goods low for everyone. While the exemption for NAFTA allies will minimize the extent of price shocks related to these new tariffs, procurement professionals should be wary of how purchasing strategies for the products or services they rely on may be affected.

According to the US Department of Commerce, the United States imported $29bn in steel and $17bn in aluminum in 2017. In the last five years, the United States has imported increasingly greater quantities of steel while domestic production has waned. The proliferation of lower-cost foreign steel production practices has resulted in declining demand for domestically produced steel, which has caused many US steel manufacturers to significantly downsize their operations by reducing employment. The new tariff is expected to boost demand for the American steel industry and present US manufacturers with an opportunity to be more successful in the global marketplace. However, the tariffs may not be enough to make the US steel industry competitive again. For example, after President Bush’s 2002 tariffs were lifted, a majority of steel-consuming businesses reported that neither continuing nor ending the tariffs would change employment, international competitiveness or capital investment.

The tariffs’ effect on American manufacturing

Though Trump has sworn to enact more protectionist policies to encourage businesses and consumers to “buy American,” tariffs could actually give foreign manufacturers the greater advantage. While American manufacturers will no longer be able to rely on lower-cost foreign steel to maintain profitability, foreign manufacturers, many of which have access to cheaper inputs, will be able to offer lower-priced products to consumers and gain market share.

Furthermore, US manufacturers in industries that rely on steel inputs are more likely to incur higher costs and, as a result, will pass these costs on to their customers. Buyers may face higher prices on products such as Sheet Metal,

Metal Cans, Industrial Trucks and Aerial Lifts, as well as various other consumer and industrial goods that use steel.

The tariffs will have the largest effect on states whose economies heavily depend on manufacturing and industrial activity. Michigan, Ohio, Indiana and Pennsylvania consume 20% of the nation’s total steel imports collectively. These four “Rust Belt” states are also home to a high portion of American manufacturing jobs. While steel and aluminum tariffs will boost demand for local steel producers in these states, steel producers have been operating at levels well below capacity and, therefore, do not add significant value to the states’ overall economies. In turn, the duty is expected to hurt many of the other manufacturing businesses that rely on lower-cost foreign steel inputs to maintain their profit margins. As a result, many of these businesses may have to cut down on employment to maintain profit margins in the wake of tariffs.

Because buyers in these states primarily purchase steel from NAFTA nations that are currently exempt from tariffs, the total effect may be mitigated. While many steel contractors are able to consider inflationary price adjustments to existing contracts, IBISWorld suggests that buyers of steel-based equipment and products enter long-term agreements with their vendors to protect against volatility in prices.

The energy and construction sectors will be hit especially hard by these tariffs, due to their reliance on steel as a primary input. The construction sector in particular accounts for 43% of all steel shipments, according to the American Iron and Steel Institute. In addition, Louisiana relies heavily on steel inputs because it is home to one of the largest segments of the US energy industry. In fact, steel represents almost 10% of the state’s total imports and over 30% of the tonnage delivered to the Port of New Orleans.

Beyond their dependence on steel as a primary input, the energy and construction sectors are also vulnerable to the rising cost of debt incurred when financing future large projects. Nonresidential and infrastructure projects require a greater percentage of steel inputs than residential projects do. Consequently, there may be a higher percentage of businesses in these subsectors bracing to change or cancel approved projects. In addition, businesses will have to adjust their current purchasing strategies to withstand higher costs.

Service-based markets are also expected to see higher rates. For example, IBISWorld forecasts that prices for construction and construction-related services will rise significantly and with high volatility. In particular, Construction Project Management Services, Roofing Services and other related service markets will experience higher service rates as a result of steeper input costs.

Furthermore, with the Federal Reserve planning to raise interest rates in 2018, oil and gas companies may need to adjust their purchase and investment plans. While many oil and gas businesses have been anticipating expansion in the Gulf region to take advantage of recent tax breaks, higher input costs may dissuade operators in the energy sector from investing in services such as Oil & Gas Facility Construction & Maintenance. In addition to simply starting the purchasing process sooner to protect against rising costs, buyers should look to protect against volatility in their negotiations with vendors. Buyers can do so by getting into fixed-price contracts or including planned price increases in their contracts to avoid sudden price changes.

As foreign companies retaliate, American companies may experience lower international demand for their goods and may incur tariffs from international countries, as well. For example, the European Union, the single largest steel exporting entity to the US, has already imposed a tariff on American-made jeans, motorcycles and bourbon whiskey in a gesture to show their displeasure with the new steel duty.

While the new tariffs are limited to products that do not make up a significant portion of American exports to the EU, they could incite a potential trade war resulting in new tariffs on other American goods, such as corn or soybean products. The temporary exclusion of NAFTA allies has tempered the possibility of a much larger trade war, but procurement professionals should remain vigilant of the political and economic ramifications of the new American tariffs on steel and aluminum. For now, buyers should look to lock in lower prices with steel providers before prices rise.