How will leaving the Paris Agreement accord impact US businesses? 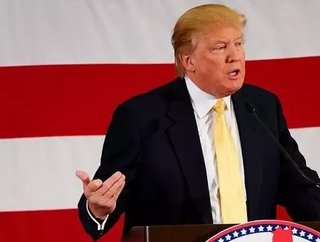 President Trump has recently announced via Twitter that he will be announcing his decision on whether to remain as part of the Paris Climate Agreement (also known as COP21) on Thursday, or whether he will leave the deal, weakening the agreement 195 countries have signed in order to combat emissions.

Businesses across the US are understandably resistant to such a move, where a vast majority of corporations and SMEs placing significant investment in providing increased sustainable alternatives within their operations.

Previously signed by former President Barack Obama in 2015, the global agreement encompassed the US committing to reduce its emissions by up to 28 percent by 2025 – however, Trump has in the past deemed climate change a hoax, despite overwhelming evidence to the contrary. Nonetheless, opting to leave the Paris agreement will not be easy. Similar to the situation with the United Kingdom opting to leave the European Union, such a move would take four years to complete, which could be longer than Trump’s run as President.

Businesses know that sustainability as a topic has become a key player in remaining profitable. As one of the largest carbon polluters in the world, and an increased awareness to climate change, consumer attitudes changing. Millennials especially wish to invest in companies that are sustainable, so to walk away from the agreement and its aims to cut emissions could be interpreted as reckless for any industry. Apple’s new store in Singapore now runs on 100 percent renewable energy, whilst major tech corporations such as Microsoft’s Bill Gates has invested in the Breakthrough Energy Coalition. Even companies such as Exxon Mobile and Shell are nervous about Trump’s impending decision on the deal.

Assistant Professor of Global Energy Frederik Dahlmann of Warwick Business School in the UK, researches the transition to a low-carbon economy has commented on the recent news:  "If reports that President Trump is withdrawing the US from the Paris climate accord turn out to be true, this decision to satisfy his campaign pledges will go down in history as significantly anachronistic and self-harming.

"At a time when costs in the renewable energy sector are falling significantly and clean tech employment is reaching record levels, the President’s decision ignores the very significant shifts occurring in the global energy system. Combined with other key economies’ desire (notably the EU and China) to accelerate rather than to stop these trends, politically the US will find itself in growing isolation, and face accusations of scientific ignorance and moral irresponsibility.

"Just days after even the shareholders of the world’s largest public oil company ExxonMobil voted in favour of the fossil fuel giant analysing and disclosing the risks it faces due to climate change, so other companies are increasingly integrating proactive responses to climate change in their strategies by setting ambitious science-based carbon reduction targets and aiming to source their electricity almost exclusively from renewable sources.

"The commercial and economic opportunities are already changing America’s competitive landscape such that if the White House does withdraw it will be largely seen as an unwelcome irritation, rather than a wholesale shift in the political economy.

"Still, the challenges of a global transition towards a low-carbon economy remain sizeable. American businesses and non-governmental stakeholders should therefore engage with their partners around the world to drive this process and truly live up to the President’s slogan."

Over 600 businesses have now signed open letters to Trump, urging him to reconsider walking away from the Paris agreement, with companies such as eBay, Levi Strauss, Apple and Gap, amongst others stressing its importance. This month, an open letter has also been sent, stating that “climate change presents both business risks and business opportunities,” but will no doubt benefit the US economy.

“As businesses concerned with the well-being of our customers, our investors, our communities, and our suppliers, we are strengthening our climate resilience, and we are investing in innovative technologies that can help achieve a clean energy transition. For this transition to succeed, however, governments must lead as well.”

With prices in renewables becoming increasingly attractive and cost-effective for consumers, it will be difficult to see how Trump will want to invest in fossil fuels, whilst companies such as Shell are currently steering away from such a direction, reducing carbon emissions and placing investment in natural gas.

Tesla’s Elon Musk has also stated via Twitter that if Trump intends to indeed leave the Paris accord, he will have no option left but to quite the three White House Advisory Councils he currently sits on. These councils are manufacturing, strategic and policy, and infrastructure.