How will the overhaul of H-1B visas affect businesses? 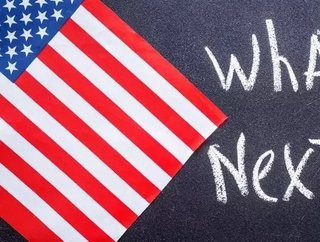 President Trump has signed an order which will revamp the H-1B program, which is currently used to employ highly skilled workers from overseas. The changes link with Trump’s “Buy American, Hire American” stance, which won him the Presidency back in Janaury amongst a subsequent rise in populism.

Whilst the H-1B visa program is utilised predominately by the tech industry, STEM subjects and manual work, the program has come under significant criticism in recent years due to the ability for businesses to hire foreign workers at cheaper rates than US workers, therefore lowering US wages. A famous case would be Walt Disney, who replaced a large number of US technology workers with foreign workers who were willing to accept lower wages.

“We are sending a powerful signal to the world: We’re going to defend our workers, protect our jobs and finally put America first,” said Trump at Snap-On in Wisconsin Such a move would ensure businesses put US workers first and reduce the abuse of the current visa program. Indian nationals are currently the highest number of applicants.

Demand for the current H-1B visa program is so high, a lottery system is currently implemented, something of which Trump aims to revamp through a merit system. 65,000 visas are granted each year, with 20,000 other visas for graduates. Although the number of applicants has fell since 2015 from 236,000 to 199,000, the numbers have reached its quota already, after only being open for applications since April 1st.

Technology companies have been highly resistant to the move, stating the H-1B program is needed to ensure the sector is open to attract the highest possible talent, which will ensure economic growth. Turning away highly skilled workers would reverse such appeal. Large outsourcing companies, such as Wipro Technologies, IBM and Cognizant all utilise the H-1B visa scheme to employ highly-skilled workers.