HP and the drive for people power 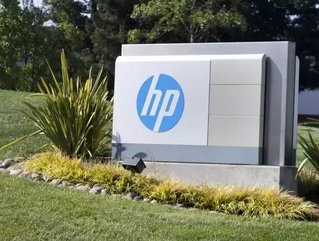 IT giant HP has not only set itself an ambitious goal to dramatically improve the wellbeing of its supplier factory workers, but it’s also nurturing the next generation of professionals in areas that most need the technology company’s help. HP is investing in the power of people.

As one of the world’s biggest technology companies, HP's supply chain is one of the most extensive, with manufacturing plants operating all over the globe, in some of the poorest communities. For almost 20 years the organisation has been committed to ethical issues, beginning with the establishment of its Supply Chain Responsibility programme in 2000, which works to reduce the negative impacts of its processes on the environment while protecting the wellbeing of its supplier factory workers. This is nothing new for the company.

HP is also very well known for its socially responsible approach to business. In 2010, HP topped Corporate Responsibility Magazine’s 100 Best Corporate Citizens list (called one of America’s most important business rankings by public relations bible PR Week), and was named the second most admired company in the world by Fortune Magazine.

In 2015, HP set itself an even more ambitious target: to develop the skills, and improve the lives of, half a million of its workers over the next decade, by teaching them worker safety, ‘how to achieve a better work/life balance’, financial security and health care.

The training programmes are being delivered where HP's factories are located, predominantly in China and Southeast Asia. Judy Glazer, Global Head of Sustainability and Product Compliance, explains why they are focusing on specific demographics: “We pay particular attention to vulnerable groups including students and foreign migrant workers as well as women. Women make up a substantial part of our workforce and supporting their wellbeing is a priority and doing so contributes directly to our business success."

Programmes are tailored, so women’s health teaching is delivered face-to-face. They are also trained to become teachers of the sessions themselves. “In this way, the information is conveyed peer-to-peer, which increases participation and trust,” Glazer adds. “They are learning valuable leadership skills that extend beyond the factory walls.”

In the case of young workers and students, in China, HP has partnered with WeChat, the country's most popular instant messaging app. By scanning QR codes from posters around HP’s sites onto their smartphones, workers can access videos, quizzes and games that are all educational in nature. To put these programmes into place HP works with governments, NGOs and big-name corporations including Disney and Walmart.

As well as the obvious benefits to the welfare of the workers, it's advantageous to the business, as happier staff traditionally means higher productivity and employees who will stay at the company longer, thus strengthening relationships with investors. As Glazer explains: “Vendors with better management practices can deliver higher-quality products and reduce costs, which in turn creates savings for HP.”

As well as developing its own workforce, another part of HP’s 2025 target is to improve the learning and job prospects of 100mn people around the world. Haiti made headlines around the world after the 2010 earthquake; a disaster that ravaged an already hugely impoverished nation. The country was in fact chosen as the starting point for HP’s sustainability programme. "Haiti is the poorest country in the Western Hemisphere," Glazer says, “so driving systemic change there, is essential.”

With limited access to clean drinking water, the population of Haiti is largely reliant on bottled water, leading to tremendous amounts of waste, so HP employs people to collect the littered plastic bottles, which are then recycled to make ink cartridges. HP is also investing in education, healthcare and start-ups.

In North America, Europe, Australia and New Zealand, HP Learning Studios have been installed into 60 schools so far, equipped with the latest software and hardware to train students in design and social entrepreneurship. A further six studios are in development in Jordan and Lebanon to specifically support young Syrian refugees who’ve lost their homes in the country’s civil war. In Istanbul's Maharat Centre, refugees can train using the free, online HP LIFE (Learning Initiative for Entrepreneurs) programme, which has 27 courses including business and IT skills (available in seven languages across 200 countries). In Tunisia alone, HP LIFE is reaching over 25,000 people and has helped generate more than 1,250 jobs in technology, services, and graphic design among other sectors as part of the Mashrou3i project for start-ups and young entrepreneurs. Another HP scheme is World On Wheels; 48 vehicles kitted out as mobile classrooms with HP technology delivering digital education to remote parts of India.

All of these initiatives are run by the HP Foundation, the company’s non-profit organization, and they all carry largely the same purpose: to make training and education accessible to all, and improve job prospects for those who’ve faced hardships.

Working with tens of thousands of people around the world while trying to bring about change is complex, whether it’s because of differences in language, culture, geopolitics, regulations or infrastructure. “Innovating, disrupting the status quo, breaking barriers, and doing unprecedented work is always a challenge,” Glazer says. However, stakeholders, suppliers and customers, along with policy makers and industry bodies see the benefits. “Quality education is a fundamental building block of the United Nations Sustainable Development Goals. It reduces inequalities, empowers healthier and more sustainable lives, and is crucial to fostering tolerance and advancing more peaceful societies.

“It also seeds the next generation of thinkers and innovators that are vital to the sustainability of our business and the global economy. As a global multinational company, we are aware that our business actions can have a tremendous impact, yet we know we can’t do it alone."

Glazer adds that by 2025, HP would like to see industries worldwide taking action to ensure their workers feel empowered and protected. “Our ultimate goal is that everyone, everywhere, will have the skills and opportunities to thrive,” she concludes.