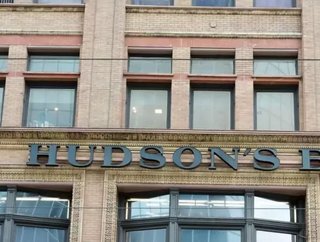 Hudson's Bay has revealed plans to expand its European presence with 20 new stores in the Netherlands to open over the next two years.

The Canadian department store company is finalising long-term leases for the new premises, with the first expected to open in summer 2017. The stores will operate under the Hudson's Bay banner as well as the Saks OFF 5TH banner.

The expansion into the Netherlands will build on HBC Europe's existing infrastructure and will utilize the same platforms such as information technology, procurement and digital support. Build out of the stores will be funded primarily by the relevant landlords and HBC will invest in the operational aspects of the stores including merchandising and employees.

Richard Baker, Governor and Chairman of HBC stated: "We are very pleased to introduce our Canadian Hudson's Bay banner, one of the world's most exciting department stores, to the Netherlands. Our acquisition of GALERIA in 2015 established our European headquarters in Cologne and a platform for future organic growth. Expansion intothe Netherlands is a natural extension of our existing presence in Belgium as well as our planned entry into Luxembourg and will complete our presence in all of the Benelux countries. We were able to capitalize on an opportunity to select sought after, high street real estate locations. Canada and The Netherlands have a long, storied history built on collaboration and cultural respect. This is an extremely compelling opportunity to invest in the Dutch market, leverage the iconic Hudson's Bay brand and introduce what will be the only nationwide all-channel premium department store."

Jerry Storch, HBC's Chief Executive Officer, added: "We believe that in the Dutch retail market there is unmet demand in both the premium department store and off-price segments. The Hudson's Bay and Saks OFF 5TH banners, tailored for the Dutch market, will introduce our all-channel retail model to the Netherlands with a combination of exciting retail destinations and a best in class ecommerce presence. The situation is similar to the one we capitalized on in Canada with Hudson's Bay. We introduced a new, innovative format offering relevant brands and excellent service. We will use our proven playbook based on our success with fantastic department stores combined with local management expertise to create innovative retail destinations."