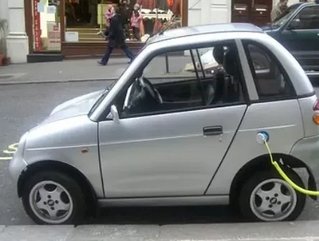 Hydro-Québec and partners announced the creation of “The Electric Circuit,” Canada’s first public charging network for plug-in electric vehicles. Expected to be in operation in early 2012, the charging stations will be at founding partners’ business sites and several AMT facilities.

“We are proud to be able to count on partners of this caliber whose banners can be seen at over 900 locations in Québec. These are solid, well-established companies that, like Hydro-Québec, put a high priority on sustainable development, customer satisfaction and growth in electric vehicle use,” said  Hydro-Québec CEO Thierry Vandal. “While the vast majority of recharging will be done at home and at work, the availability of a public charging network is essential to meet customers’ backup or emergency needs.”

Electric vehicle owners will be able to charge their car for a flat fee of $2, which includes access to a premium parking spot. Initial Hydro-Québec partners for the project include AMT, METRO, Les Rôtisseries St-Hubert ltée, and RONA.

“The AMT is partnering with Hydro-Québec to implement new technologies that will facilitate travel for thousands of electric car drivers. By installing electric charging stations at the AMT’s park-and-ride facilities, we are providing electric car drivers with direct access to public transit. The charging stations are indicative of the AMT’s firm intention to increase the role of renewable energy in the operation of public transit systems,” noted AMT President and CEO Joël Gauthier in a statement.

Metro areas of Montréal and Québec will be dual starting points of “The Electric Circuit” and other stations will be rolled out gradually to other cities in the province.