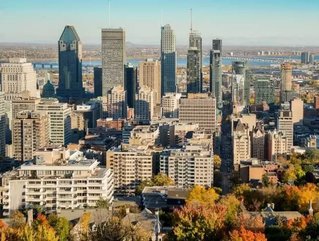 Montreal based engineering, procurement and construction company SNC-Lavalin has appointed Ian L. Edwards as Interim President and CEO after the retirement of President and CEO Neil Bruce, effective as of June 11.

Neil Bruce is retiring to his family in the UK after four years in the role. He said, "in the past five years we have achieved much at SNC-Lavalin and I am leaving behind a business that is larger, more diverse, more international than the one I joined, as well as one that has a deeply embedded world-class approach to ethics. I am delighted that Ian has agreed to take the Company forward. His in-depth knowledge of the business, industry expertise and leadership skills will bode well for the future. I would like to thank all the employees for being such a great team, the top in the industry and I wish them all the very best."

"We very much benefited from Neil's leadership over the past four years,” said Kevin Lynch, Chairman of the Board of Directors. “His commitment to the Company, developing a world-class ethics and compliance regime, his leading role in the signature acquisition of Atkins, renewing the management team and delivering high levels of backlog have all been very important to SNC-Lavalin. We wish him well and the best in his retirement.”

Edwards has been COO since January 2019, and during his tenure the company said he had implemented operational performance measures to ensure efficiency. In his new role he has been tasked with meeting key stakeholders as part of a review of the strategic direction of the company. Edwards has been at the company since 2014, previously working at the Leighton Group as Managing Director, Leighton Asia, India and Offshore.

"I am looking forward to developing a new strategy that will bring sustainable growth with consistent earnings, cash flow generation and will create long-term shareholder value," said Edwards. "SNC-Lavalin has over 100 years of engineering excellence, we should be proud of our achievements in designing and engineering the world around us."