IBM, Caltrans and UC Berkeley Want To Help Your Commute 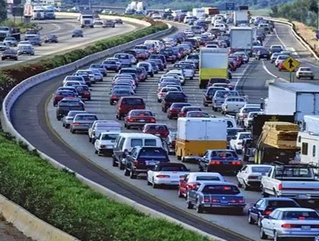 Traffic is one of the worst things known to man and is dreaded by commuters everywhere. Think about how many extra hours you would have in a day if it weren’t for traffic? Or months for that matter, according to one study, some unfortunate commuters can spend up to a month each year sitting in traffic, according to CNET. So wouldn’t it be great if there were a way to predict traffic before you even got in the car and maybe find a way to avoid it?

Well that’s the idea behind a new project that was announced last night by IBM Research, California Department of Transportation (Caltrans) and UC Berkeley’s California Center for Innovative Transportation (CCIT). According to CNET News, these partners believe that the answer to fighting traffic lies in three steps: first, a system for measuring traffic; second, a system for predicting how traffic will react to accidents and other glitches on the road; finally, a system for communicating information to people before they even get on the road.

Stefan Nusser, the director of services research at IBM’s Almaden Research Center in San Jose, Calif, says that’s just what they’ve built, according to CNET News. Together, IBM, Caltrans and UC Berkeley came up with a predictive modeling tool that can learn each commuter’s driving patterns and give them advanced warnings on problems that may lie ahead in their commute, according to CNET News.

IBM’s system is designed to run a traffic prediction based off traffic information feeds coming in from CCIT. From those feeds the system will send users alerts – either text messages, emails, or even calendar or social networking pop-ups -- in advance of their drive, says Nusser, according to CNET News. IBM is intent on getting information to commuters before they hit the road, so they don’t have to mess with mobile devices while driving.

Ultimately, IBM foresees selling this service to cities and municipal transportation agencies that want to create new relationships with citizens and commuters. For example, this system can tell users that although their normal route to work is slower than usual, there is a parking spot at the train station and the train is running on time.

Currently this system is only in trials, but Nusser says he foresees it being rolled out in cities in the near future, says CNET News.