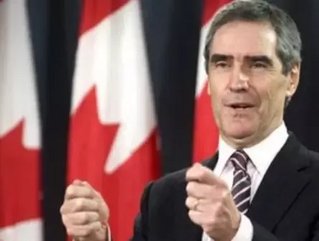 After the results of May’s federal election, Ignatieff is leaving politics behind. Headed back to university life, Ignatieff has taken a position at the University of Toronto.

After his own defeat in the House of Commons and the Liberal Party’s worst election results in Canadian history, Ignatieff announced his resignation as leader of the Liberal party on May 3rd, 2011.

Ignatieff will reside at Massey College in the University of Toronto as a Senior Resident.

“Following the results of the federal election this week, Dr. Ignatieff has decided to return to academic life,” said a press release from Massey College.

This is not Ignatieff’s first attempt at academia, as his career has featured prominent positions at Harvard, Oxford, Cambridge and the University of Toronto.

The Senior Resident position has long been established at Massey College, UToronto’s interdisciplinary graduate college. Senior Resident, over the past 15 years, has already been held by three outstanding political leaders. These leaders include the former prime minister of Canada, Pierre Trudea;  the former premier of Ontario, Bob Rae; and the former leader of the federal Reform Party, Preston Manning.

This move for Ignatieff is a direct result of federal elections held on May 2nd. With the Liberals leaving the election in a decline from holding 77 seats to only retaining 34, the party has clearly lost its Official Opposition party stance.

As a graduate of the University of Toronto, it’s easy to speculate Ignatieff will be welcomed with open arms.