The importance of reputation in business 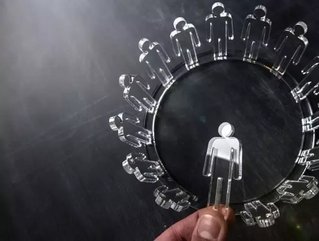 This year brought a raft of crises that destroyed personal and corporate reputations. These crises and shattered reputations had a direct and negative impact on share prices, company profitability and business operations.

The personal reputations of senior leadership teams within those companies - and sometimes the health of those individuals - also suffered. Because increasingly, when a crisis emerges, senior leadership figures are facing blame, which may explain the rapid rise in the number of risk executives on company pay-rolls.

We no longer do business in an environment where brands bear the brunt of reputational fall-out. This was dramatically illustrated recently when Oliver Schmidt, a US-based Volkswagen executive, was sentenced to seven years in prison and fined $400,000 for his role in a diesel emissions crisis that is estimated to have cost the German car manufacturer around $30bn.

Volkswagen had already pleaded guilty to charges that it installed secret software in its cars to elude emissions tests, to mislead US regulators and to violate clean-air laws. But US District Judge Sean Cox, who sentenced and fined Schmidt, turned a blow torch on the corporate culture that allowed Schmidt and his colleagues to flourish. He described Schmidt as a ‘key conspirator’ in a scheme to defraud the United States and someone who saw this cover-up as an ‘opportunity to shine…and climb the corporate ladder at VW’.

Schmidt apologised for making ‘bad decisions’ and will be deported after his stint in jail. And there will be more cases to come as a series of current and former VW executives face similar offences.

The Schmidt case clearly links brand reputation with personal reputation in a crisis.

But recent research papers show an alarming disparity in what boards and executives say, and what they do, when it comes to preparing for a crisis.

SenateSHJ’s report - Reputation Reality: Trans-Tasman Perspectives on Reputation and Crisis, surveyed 150 business and corporate communication executives across Australia and New Zealand. It found that while 98% of executives said corporate reputation was a primary asset, only half had a budget line item for reputation management, and only half were planning to invest in crisis simulation training.

This echoes the findings of the Deloitte Crisis of Confidence report that surveyed 300 board directors across the globe and found only 49% of companies have playbooks for likely crisis scenarios and only 32 per cent engage in crisis simulations or training. Only half of those surveyed said board members and management have specific discussions about crisis prevention.

My experience of dealing with corporate crises clearly illustrates that leadership in a crisis comes from senior management and, in some instances, the board. Good crisis management requires at least one or two executives and board members with crisis experience who can soundly navigate the storm - and emerge with the brand reputation, and their personal reputation, intact.

In the 21st century corporate world, these elements are unavoidably intertwined.

As Oliver Schmidt would attest, no longer can executives hide behind the brand during a crisis. It’s time to clean up those smouldering issues...before they turn into a crisis on a Volkswagen-scale.