Indigenous peoples give a boost to renewable energy 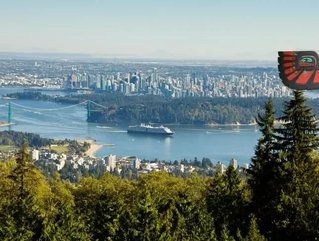 Sometimes the unsung heroes of the Canadian renewable energy sector, the nation’s indigenous peoples have been actively making major contributions.

Corporate Knights recently reported that the Tahltan Nation in British Columbia had purchased 5% of three Northwest British Columbia Hydro Electric Facilities. Although a significant investment, it is by no means the only example.

Part of a global shift that recognises the value in renewable energy projects, Canadian Aboriginals are proving integral to the development of the industry’s infrastructure and have been engaging in several rewarding ‘green energy’ partnerships with energy companies.

A recent venture backed by the Henvey Inlet First Nation in partnership with energy company Nigig Power Corporation resulted in a facility representing the largest of its kind in Ontario: 87 Vestas turbines generating 3.45MW each, cutting 450,000 tonnes of carbon per year.

"New infrastructure is underway in the First Nation as a result of this new facility, and we see better days ahead,” said Chief Wayne McQuabbie of the Henvey Inlet First Nation in an article with T&D World.

“As Anishinabek, we are proud to contribute to a green economy and are proactively moving forward in a time of climate change."

"It's an honour to partner with Henvey Inlet First Nation on this historic project,” said Greg Newton, CEO of Nigig Power Corporation.

“Renewables are helping to reduce the impact on our environment caused by climate change, and this new facility is now generating clean, homegrown energy for 100,000 homes each year without any harmful emissions.”

Similarly, the T'Sou-ke First Nation from Vancouver Island collaborated with project manager Andrew Moore to deliver a 440-pannel, 75KW solar installation. Envisioned not just as an eco-friendly project but also a step towards self-sufficiency, the project has allowed the T'Sou-ke Nation to live independently and sustainably.

"It's a demonstration project. It shows these things are possible,” said Chief Gordon Planes to HeroX. “You have to look at ways of being creative and educating everyone to try and fix what's wrong with Mother Earth. This project is just one piece of it."