The influential impact of Women Who Code 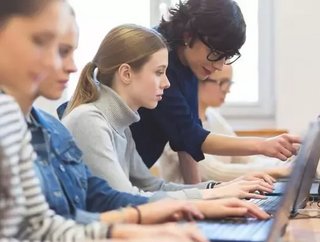 The lack of women in STEM professions remains a problem.

As previously explored in Business Review USA & Canada, despite the inspirational historical impact of figures such as Ada Lovelace, girls and women often become disillusioned about entering a technological or scientific field, mainly due to a lack of support and not enough focus on role models. The support that professional women require the most and thrive the best on is that of other professional women, and thus came an organization borne of necessity: Women Who Code.

Women Who Code is a non-profit organization formed in 2011, designed as a space for women in these industries to connect with one another in a secure environment without judgement. Alaina Percival is its CEO, and she is well aware of the impact her company had almost immediately.

“There were so few women at tech events for other women to connect with,” she explains. “Shortly after Women Who Code was originally formed, the media started focusing on the need to get more girls involved in coding from an early age. While this is a beautiful sentiment, it had the unfortunate consequence of moving the focus away from career-aged women in the industry who were already reporting issues with being seen as more ‘junior’ than their male colleagues.

“56 percent of all women leave tech positions mid-career, and they only account for five percent of executives in the industry. This is limiting the pace of innovation and the scope of progress, as diverse teams have consistently shown to be more effective at solving problems, with female leaders scoring higher than average in performance ratings at leadership levels.” In fact, research has shown that companies with the highest representation of women leadership have seen 34 percent higher return on investment than those with few or no women

To combat this, Women Who Code works hard to shine a spotlight on existing role models in the industry, inspiring young girls, women looking for a new career, and women already working in STEM who may feel disillusioned. According to Percival, “the lack of women in tech is a self-perpetuating problem. Without female role models to look up to, girls are less likely to consider careers in computing, which then causes a gender gap that reinforces the lack of women mentors and leaders.”

So how can this be combatted? By supporting career-aged women in the sector to be the role models that are so sorely needed, making them aspirational figures for girls. “Women role models already exist in tech,” Percival says. “While it can sometimes be hard to hear them over the crowd, at Women Who Code we strive to highlight their accomplishments, celebrating their work so we can perpetuate a new perception of the industry – one which recognizes the successes of all its contributors.

“Women who Code is working to correct the false branding that has plagued technology for too long. This is not an industry that is inherently male. Tech has no gender; it is a force of innovation that can be accessed by everyone. By showcasing the talents of the female engineers of today, we are proving to the next generation that they can and should code.”

How does Women Who Code continuously raise awareness of the work it does? “We have a number of outreach programs that we engage to spread the word about our work and efforts,” Percival explains. “On the ground we have networks located in 60 cities around the world, fueled by a leadership team of more than 500 volunteers that have been responsible for 4,200 free technical events. We also have the CODE Review Newsletter which supplies news, inspiration stories, employment and scholarship opportunities, and industry information to the community each week.”

STEM industries have, pleasingly, been supportive of Women Who Code’s efforts. It is tech companies which host Women Who Code, and their support allows the organization to hold up to five free tech events every day; last year there were 1,700 events globally. “These are events that have touched lives, inspired careers, and helped fuel the innovative growth of economies and local communities,” Percival says. “The challenge we have faced is getting sponsor organizations to understand the importance of supporting women in the industry. Our free programs help women to stay in tech and transition back into these careers, which is vital to maintaining the gender diversity of the field.”

Men, too, are becoming “natural allies” in Percival’s words, as gender equality and increased diversity truly benefits everybody, assisting in the elimination of unconscious bias and promoting healthier working environments: to “help everyone to succeed equally”. Since Women Who Code formed, the subject of women in STEM has been more prevalent than ever, and the organization is certainly doing its job – and more – to guide the industry in the right direction.

“Companies are beginning to prioritize better practices for supporting women including in their organizations, and those who haven’t taken that step are hearing about it and starting to realize its importance,” Percival concludes. “By changing the tech conversation to include the accomplishments of a more diverse set of engineers, we are working to transform many of the biases that inform the unconscious cognitive mistakes that people make. This is a pervasive effort, one that requires a fundamental shift in the perception of the entire industry, both internally and externally. But through our efforts, Women Who Code is working towards the goal of a technology field that is equally inclusive of the talents of everyone.”