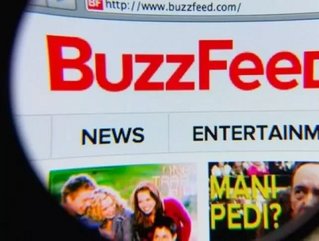 Do you need some entertainment in your life? It’s important to be aware of what is going on around the world. However, everyone needs a good chuckle from time to time. If you’ve recently found yourself becoming even the slightest bit interested in anything that is humorous, outrageous, scandalous, or widely inappropriate, then you’re in luck—Buzzfeed is coming to Canada!

Thanks to Jonah Peretti, co-founder of the Huffington Post, Buzzfeed began in 2006 in an attempt to create an outlet that not only informed and entertained readers, but one that would be worth “sharing” on the web via social media. Now, almost ten years later, Buzzfeed has offices in New York, London, Los Angeles, Hong Kong, Sydney and, coming soon, Canada!

The Expansion into Canada

Buzzfeed hasn’t released much information on their expansion into Canada, other than the fact that it is happening. No word yet on when this new office in Toronto will be officially opening. However, it seems that a marketing team has already been built, along with an editing team that should be finalized this spring.

Though Buzzfeed began by publishing lists, quizzes and GIFs, the company eventually made the decision to include international segments in 2012 due to the topic of Arab Spring becoming so sought after on social media. Today, Buzzfeed has upped their game and established a more diverse audience by including pieces on LGBT issues, politics and even business.

In fact, since becoming editor-in-chief of Buzzfeed, Ben Smith has hired reporters in an attempt to keep up with various competitors, such as the New York Times and the Guardian. These reporters are local throughout Cairo, Istanbul and Nairobi to get a reliable take on various world events.

Though Buzzfeed may not immediately come to mind when considering top news channels, the source does offer a wide range of material. Therefore, Canada, get ready to be entertained, shocked and maybe even educated.