It's National Coffee Day; which are the best US coffee companies? 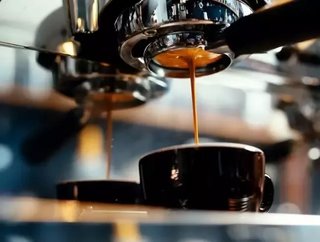 To celebrate National Coffee Day in the US, many chains are offering either discounted or free coffee for one day only. While International Coffee Day lands on October 1st, America celebrates its own official holiday today - and why not honor this wonderful elixir twice?

America has long maintained a love affair with coffee, and it has become a highly competitive industry. Needless to say, Starbucks is the best-known franchise in the world, but what are its competitors on home soil? Here is our list of the top coffee shop franchises in the US.

What better marriage is there than coffee and donuts? Dunkin’ Donuts was established in Massachusetts in 1950, and now has over 12,000 stores in 36 countries. It is well known for its reasonably-priced coffee and delicious baked goods which extend far beyond merely donuts, and is widely viewed as a more down-to-earth version of Starbucks.

The Coffee Bean & Tea Leaf is a far smaller franchise, but is keeping up swiftly with the big boys. While it has only 1,000 stores, it is the oldest and largest privately-held speciality coffee business in the US. It is best known for its amazingly broad Christmas drink menu, its ‘Ultimate’ and ‘Extreme’ versions of standard drinks, and innovative secret menu items; its latest addition to this is the Pumpkin Nitro Latte.

A more modest business starting in 1987, Dunn Bros’s niche is that the beans are roasted in-store and are as fresh as they can possibly be. The company focusses on quality over options, choosing to create genuinely high-quality drinks in both standard and a handful of unusual flavours, rather than over-flavoring an already delicious beverage.

Peet’s was founded in 1966 and is best known for introducing darker-roast coffee beans to US retailing. It sells not just individual speciality drinks – currently including three different pumpkin-based beverages for fall – but beans, gift sets, and even equipment for home-brewing.

Obviously best known for its luxuriously calorific donuts, Krispy Kreme began in 1937 but only really pushed its coffee offering in recent years at a time when other franchises were expanding into juices and fruit-based coolers. It now sells many varieties of coffee, hot and cold, to complement the elaborate donuts the company is known for.

What can be said about Starbucks? The Apple of the coffee shop world is everywhere, despite being reasonably young with its establishment occurring in 1971. It now has 23,768 locations worldwide and is expanding all the time, popularising many coffee innovations such as nitro cold brew drinks and the infamous Pumpkin Spice Latte. Love it or hate it, Starbucks remains king in its field.