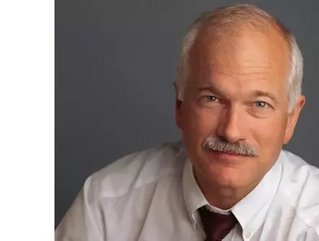 Jack Layton, leader of the NDP and Leader of the Opposition in the Canadian Parliament, died today at age 61 after a battle with prostate cancer.  His family regretfully announced his peaceful passing in an official statement.

“We deeply regret to inform you that The Honourable Jack Layton, leader of the New Democratic Party of Canada, passed away at 4:45 am today, Monday August 22. He passed away peacefully at his home surrounded by family and loved ones. Details of Mr. Layton’s funeral arrangements will be forthcoming,” said the statement from Layton’s wife Olivia Chow and children Sarah and Michael Layton.

“I recommend the party hold a leadership vote as early as possible in the New Year, on approximately the same timelines as in 2003, so that our new leader has ample time to reconsolidate our team, renew our party and our program, and move forward towards the next election,” said Layton in a statement.

Layton also said goodbye to his colleagues in the NDP. “To the members of my party: we’ve done remarkable things together in the past eight years. It has been a privilege to lead the New Democratic Party and I am most grateful for your confidence, your support, and the endless hours of volunteer commitment you have devoted to our cause. There will be those who will try to persuade you to give up our cause. But that cause is much bigger than any one leader. Answer them by recommitting with energy and determination to our work. Remember our proud history of social justice, universal health care, public pensions and making sure no one is left behind. Let’s continue to move forward. Let’s demonstrate in everything we do in the four years before us that we are ready to serve our beloved Canada as its next government.”

Interim NDP Leader Nycole Turmel spoke highly of Layton. “Jack was a courageous man. It was his leadership that inspired me, and so many others, to run for office. We – Members of Parliament, New Democrats and Canadians – need to pull together now and carry on his fight to make this country a better place. On behalf of New Democrats from coast to coast to coast, our thoughts and prayers are with our colleague Olivia Chow, Jack’s children Sarah and Mike and the rest of Jack’s family.”