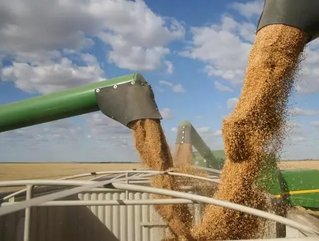 Japan has announced that it has put an end to its ban of Canadian wheat imports, CBC news reports.

Following the discovery of genetically modified wheat in Southern Alberta, the Asian country stopped all shipments.

Ottawa confirmed that the decision to lift the suspension marked the end to all international trade actions following the finding on 14 June.

The statement confirmed: "The Government of Canada welcomes the decision by Japan's Ministry of Agriculture to lift the temporary suspension on imports of Canadian wheat, following its own thorough scientific testing of Canadian wheat shipments.”

“The decision by Japan's Ministry of Agriculture, and the already-announced decision by South Korea on June 26, 2018 to resume shipments, reaffirms the excellent quality and consistency of Canadian wheat.”

“This marks an end to all international trade actions arising from Canada's announcement of an isolated discovery of unauthorized genetically modified wheat in southern Alberta on June 14, 2018.”

The Canadian government maintain that there was no unauthorised wheat found in the food or animal feed system, with the exception of where the discovery was made.