Jeff Jones steps down at Uber 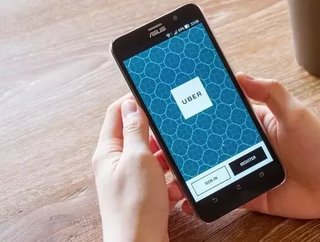 Since the start of this year, Uber has been behind a string of controversies – from sexual harassment in the workplace, to a recording of CEO Travis Kalanick berating an employee regarding his concerns to cuts in employee pay. Since its release, Kalanick has now publicly stated that he is aiming to gain leadership support and guidance in order to continue as CEO of Uber’s operations.

Throughout these conflicts, President of Uber Jeff Jones has decided to step down from his role at the company, less than a year into the role. With a history in retail, becoming COO at Target, Jones’ departure would seem sensible at this stage, where Uber’s future looks uncertain. He also now follows Charlie Miller, one of Uber’s best security researchers and Ed Baker, Vice President of Product and Growth, who have recently left the company.

Upon his departure, Jones has stated to Recode: “I joined Uber because of its Mission, and the challenge to build global capabilities that would help the company mature and thrive long-term. It is now clear, however, that the beliefs and approach to leadership that have guided my career are inconsistent with what I saw and experienced at Uber, and I can no longer continue as president of the ride sharing business.”

Hari Tsoukas, Professor of Organisation Studies of Warwick Business School, has said: "Clearly Uber’s image has been tarnished and, unless the company mends its ways, it may soon find itself in more trouble.  It could be the pains of growing up to become a more mature organisation. Or it could be a deeper problem of organisational culture. My guess is that it is the latter. An aggressive start-up has created a culture in which transgressions may easily occur or be tolerated.

"Redefining the culture of Uber and ensuring it informs every aspect of the company's operations would also help. And having an ombudsman within the company to adjudicate complaints would help restore the corporate image and assure stakeholders that he is serious in effecting change. It is not going to be easy but moments of crisis can provide opportunities for self-transformation. For Uber, it appears this is such a moment."