John Watson to step down as Chevron CEO 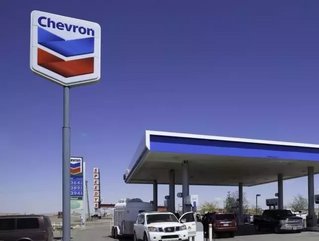 Chief Executive of Chevron, John Watson, is set to step down next month, following soaring overhead costs at some of the company’s largest projects.

Michael Wirth, who has spent about 35 years at Chevron, is a leading candidate to replace Watson, sources familiar with the matter said. Although, Watson’s successor has not been finalised by the board.

Wirth has spent much of his time at Chevron in its refining and chemicals segment and he has held a number of roles across the oil major's various business units.

Wirth was promoted to vice chairman of Chevron earlier this year and one of his greatest achievements was the restructuring of Chevron's sprawling business refining business by selling off millions in assets.

Resorting to job cuts, project cancellations and the sale of billions of dollars in assets, Watson has the company through a bruising time for oil and gas producers worldwide. Indeed, in 2016, Chevron posted its first annual loss in at least 37 years, with a net loss of US$497m.

Chevron’s performance has improved immensely as oil and gas prices recovered. As a result, the company made a profit of US$4.1nb in the first half of this year and their shares have risen by 4%.

If Wirth is confirmed as Chevron's next CEO he would be the latest refining expert to take over a big oil company and it would mean that of the five largest oil companies in the US and Europe, four would have risen through the ranks from the ‘downside’ refining, processing and marketing side of the business, rather than exploration or production.

Chevron is the second-largest oil company in the US after Exxon Mobil.