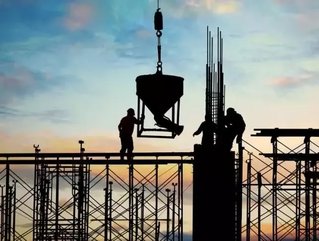 Houston-based engineering and construction company, KBR, has announced that it has been awarded a string of defense contract awards.

This further boosts its global Government Services business which, with the recent acquisition of the newly-named KBRwyle, spans the full life cycle of aerospace and defense programs.

Stuart Bradie, President and CEO of KBR, said: “The award of these contracts comes at an exciting time for KBR as our Government Services businesses continues to grow and we see synergistic opportunities with the acquisition of KBRwyle in markets where our large-scale logistics and project management capabilities combine with our highly specialized technical capabilities.

“It is a testament to our reputation for disciplined delivery, high customer satisfaction and unparalleled performance - often in the most austere environments - that makes us the customer’s first choice time after time."

The awards include two contract extensions with the US Department of Defense, plus a multi-year contract for the Australian Defense Department.

For the US Department of Defense, KBR secured two contract extensions for Base Operational Support Services in the Middle East and Africa. In Djibouti, KBR’s support contract was extended for the Naval Facilities Engineering Command Atlantic, and was also awarded a further 12-month extension on its LOGCAP IV contract to provide operational support in the Arabian Peninsula, commencing in September 2016.

Plus, KBR has secured a five year contract with the Australian Defense Department. The revenue for these contracts is expected to be approximately $120 million.