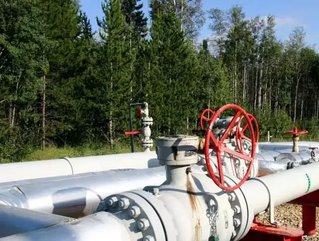 TransCanada has said that it will begin construction of the long-awaited Keystone XL pipeline in 2019, following a positive outcome of the US State Department’s environmental review
The proposed pipeline will cost US$8bn to construct, and will be capable of carrying 850,000 barrels of crude oil per day from Canada, through Montana and South Dakota, to Steele City, Nebraska, where it will join the existing Keystone pipeline running to Texas Gulf Coast refineries.
In August, a Montana federal judge ordered the State Department to review the project’s revised route in light of information revealed since it was issued a permit in 2017.
On 24 September, a TransCanada spokesman confirmed that the review had fallen in the firm’s favour, according to CTV.
Reuters reported on 21 September that the State Department’s review found that the pipeline would have “no significant direct, indirect or cumulative effects on the quality of the natural or human environments”.
See more:
The review said that an oil spill would be highly unlikely, and damage would be easily mitigated and remedied in the event of a leak occurring.
CBS said that TransCanada “has already started preparing pipe yards, transporting pipe and mowing parts of the project’s right-of-way in Montana and South Dakota”.
It is good news for Suncor Energy, which recently announced that it would not pursue crude expansion projects until progress had been made on pipeline approvals in Canada and the US.
Opposition to pipeline approvals and expansions has been mounted by environmentalists, Native American tribes and First Nation groups, and residents along proposed and existing pipeline routes.
Keystone XLTransCanadapipelineSuncor Energy
Share
Share