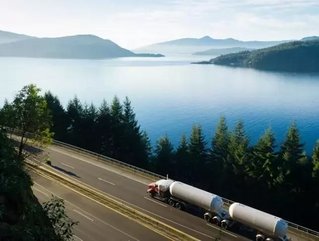 Following its sale of the Trans Mountain Pipeline, Kinder Morgan has hired investment bank TD Securities to advise on the potential sale of its remaining Canadian assets
The Canadian government recently acquired the Trans Mountain Pipeline from Kinder Morgan Canada, a subsidiary of Kinder Morgan, for CA$4.5bn following its approval reversal at the Court of Appeal.
Kinder Morgan’s remaining assets in Canada, including a network of crude storage and rail terminals, were reportedly to be used in support of the Trans Mountain pipeline.
While Kinder Morgan’s CEO, Steve Kean, said that these assets could stand on their own, he added at the time that the company would nonetheless evaluate its options.
The sale of its Canadian business could be worth as much as $2.4bn, according to Reuters.
See more:
Environmental groups and First Nation groups have levied significant resistance against oil projects in Canada, and acquiring approval for new projects has become extremely difficult.
Reuters noted that this “makes established pipelines highly prized assets”, suggesting that cashing-in now could be a wise decision for Kinder Morgan.
That being said, Reuters added that “Kinder Morgan would likely keep the assets if it does not get a good price as they generate solid cash flows”.
Kinder MorganKinder Morgan CanadaTrans Mountainoil project
Share
Share